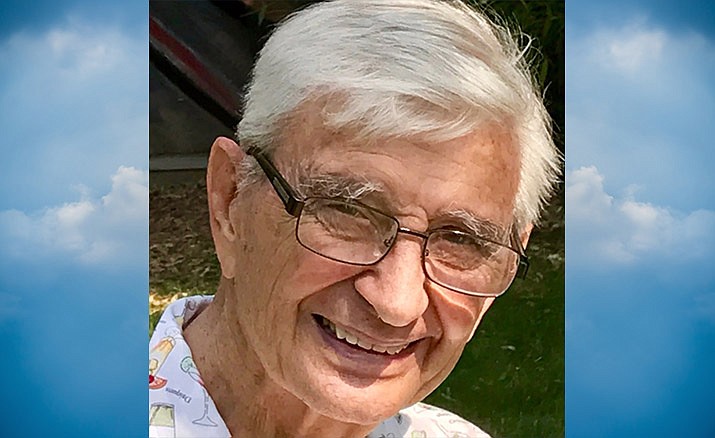 Steve Elkins died on Nov. 30, 2018, from complications of Alzheimer's. He was born in Vidalia, Georgia, almost 88 years earlier to Arlie Stephen Elkins and Elma Baggett Elkins, who are pre-deceased, along with his only sibling, Nan Ellen Elkins Yarbrough.

Steve joined the Air Force along with other childhood friends and a cousin in 1948. He was sent to Darmstadt, Germany, as a Morse Code operator and reenlisted once, then came to Washington, D.C., to join what became known as the National Security Agency.

His 35-year career included tours of duty in Frankfurt, Germany, and Aurora, Colorado, where he married his second wife, Rita, in 1980, and has lived with her in this area since 2000. She survives here, along with his daughter, Eydie, in Colorado Springs; son, Stan in Seattle; and stepdaughter, Melissa in New Jersey.

He has two natural grandchildren, Mackenzie and Emily; and three step-grandchildren, Kelly, Molly and Ryan. Steve loved books and music, and has an enviable collection of each. He played a few gigs with a couple of other guys as "Los Viejos," mostly to Verde Santa Fe neighbors.

He was loved for his smile and gentle kindness and wit, and will be missed by many who came to know him. There will be a celebration of life at the Verde Santa Fe clubhouse on Jan. 12. Please call Rita at 928-301-1046 if you want to attend and haven't already been invited. Steve's music teacher and local entertainer, Eric Williams, will be playing Steve's keyboard at the event.

Please share your condolences at www.buelerfuneralhome.com, or, to send a memorial contribution, consider donating to The Arizona Alzheimer's Consortium, c/o David Jerman, Administrative Director, 4745 N. 7th Street, Ste. 105, Phoenix, Arizona 85014-3666. If you wish to make a donation to one of the AAC's member institutions in support of the AAC's scientific, clinical or educational goals, please call David Jerman at (602) 839-6525.