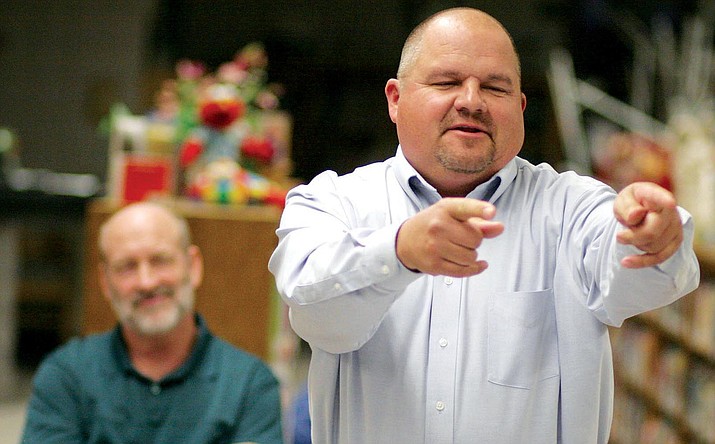 CAMP VERDE – In February, the Camp Verde School Board sent the district’s superintendent home for the remaining four-plus months of his contract.

The district’s board members collectively decided that if Dennis Goodwin was not going to be given a contract extension, that both parties were best off moving forward.

Dr. Goodwin, who now works as superintendent of the Murphy Elementary School District in Phoenix, was replaced by Danny Howe, the middle school’s longtime principal.

According to longtime Camp Verde school board member Helen Freeman, Howe’s appointment as the district’s leader has helped “stabilize our administration and reorganized to hopefully make the best use of the talents of all our staff.”

“We started the school year with lots of optimism, and so far it appears things are going well,” Freeman said. “We’ve strengthened the feeling of teamwork within the district. The school board and administrative staff are working on building trust with each other so we can accomplish more. We are getting better at sharing ideas and opinions with each other which leads to better conversations about what we should be doing in our schools to help each student be successful.”

With 28 years in the district, the past nine as CVMS principal, Danny Howe will tell anyone within an earshot how much he loves Camp Verde.

Named the district’s administrator-in-charge in February and soon thereafter given a contract to serve in that capacity through the 2018-2019 school year, Howe recently was told by the board that it had no collective plans to undertake a superintendent search anytime soon.

Sister Sledge isn’t the only group singing “We Are Family.”

“I’m proud to be where I’m at,” Howe said recently. “To have people who have trust in you. I love this place. I love the community, the people, the kids.”

Roth, board president since January, talked recently about the district’s strategic plan and the board’s professional development as areas he is most proud of in 2018.

“We have a working model [of the Strategic Plan] and look forward to see the results and how it changes as we move forward,” Roth said. “The board and administrative team are working together in building leadership skills.”