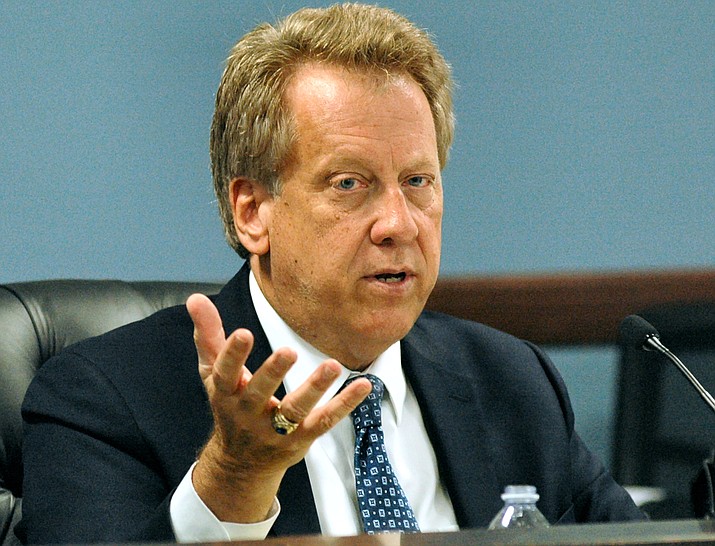 PHOENIX -- Two utility regulators are questioning whether some customers of Arizona Public Services are paying too much -- and the company is earning more than it is legally entitled.

Boyd Dunn and Bob Burns point out that the Arizona Corporation Commission voted in 2017 to let the state’s largest electric utility collect another $95 million a year from customers.

More significant, commissioners agreed to permit APS to change its rate plans to charge customers more during periods of high demand and less when demand is low. And the 4-1 vote, with Burns in opposition, also increased rates for those customers who didn’t want to go on time-of-day rates.

All totaled, APS was allowed to set up six different rates plans.

But the regulators, fearing customer confusion over those changes, also ordered the utility to conduct an extensive education program to help customers figure out which plan makes sense to them.

On Monday, Dunn and Burns filed a document with the commission citing what they say have been a “substantial’’ number of complaints from customers that their bills have gone up far more than the average $6 a month the company claimed.

And they said there’s also some question of whether those higher bills are resulting in APS is taking in more than that additional $95 million that the company was given permission to collect from customers.

“Under the constitution, a utility has a right to receive a reasonable profit,’’ Dunn said. He said the review will make certain that APS is getting that -- and not more.

There is no question but that some APS customers are paying more than that extra $6 a month. But APS spokeswoman Suzanne Trevino said that’s not a surprise.

And Trevino said 23 percent of customers now have smaller bills than they would have under the old rate plans.

That, however, still leaves the question Dunn and Burns are asking about whether some customers could be paying less -- if only APS had done a better job of explaining the choice of new rate plans that replaced the ones that customers used to have.

What makes that important, Dunn said, is that if customers did not get -- and understand -- the information APS promised to provide they may be paying more than they should had they been able to choose the best rate plan for them.

And that, in turn, may be generating more money for APS than that $95 million in new revenues the commission said they could earn.

“We continue to do that,’’ she said. “We want to make sure that customers are on the best plan for them.’’

And Trevino said if some customers are paying more than they should, it’s not her company’s fault.

“Some customers are not going to choose the best plan for them,’’ she said. “Some customers would rather set it and forget it and they don’t worry about their bill,’’ Trevino said, not bothering to worry about things like whether to adjust thermostats, water heaters and pool timers to take advantage of lower-cost off-peak rates.

“Some customers, obviously, want to manage their energy use and manage their bill,’’ she said. “And so we have to figure out as a company how we can give all of those different options to all of our different customers.’’

Dunn said he wants to be sure that APS really did all it could -- and all it promised.

“If you remember the original hearing we had, I had a great concern about setting out enough information, enough lead time for ratepayers to be able to understand their choices and be able to make the best choice for the plan that works most effectively for them,’’ he said.

He acknowledged, though, that what the commission approved in changes in rate structure is complicated.

“It’s more detail than customers are used to in the past,’’ he said.

Trevino also said the audit will prove that APS revenues from the rate hike are matching that $95 million the commission approved.

She acknowledged that Pinnacle West Capital Corp., the utility’s parent, has listed revenue increases above that benchmark.

But Trevino said this includes things like purchased power which has nothing to do with the rate hike. And she said the audit will bear that out.

“We think it’s a good opportunity to confirm that we implemented the new rates and service plans as they were approved,’’ she said.