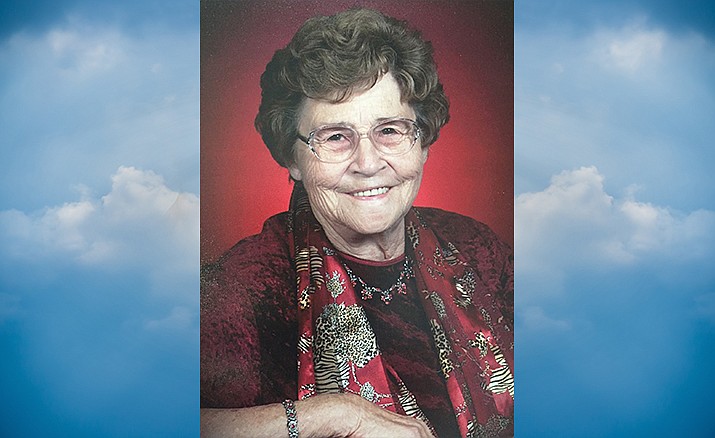 When she was still an infant her family moved to Madrid, Nebraska. Marian completed her schooling at the Freeman Academy and College in Freeman.

After obtaining her teaching degree, she married the neighbor boy, Harold Doerksen, and settled on the Doerksen farm in Madrid. They had five children, one dying at infancy.

The family moved to Camp Verde, Arizona in 1965, where Harold built houses and continued to farm. Marian was a homemaker, piano teacher and loved baking.

She and Harold loved serving our Lord in any church they could be at service in. Tragically, on May 31, 1973, Harold passed away after a construction accident.

Marian was later married to David Brundage, a very close friend of Harold. David had two daughters who Marian loved as her own.

She is also survived by a sister, Ruth Prehiem and brother, Ivan Regier.

A memorial service will be held later.