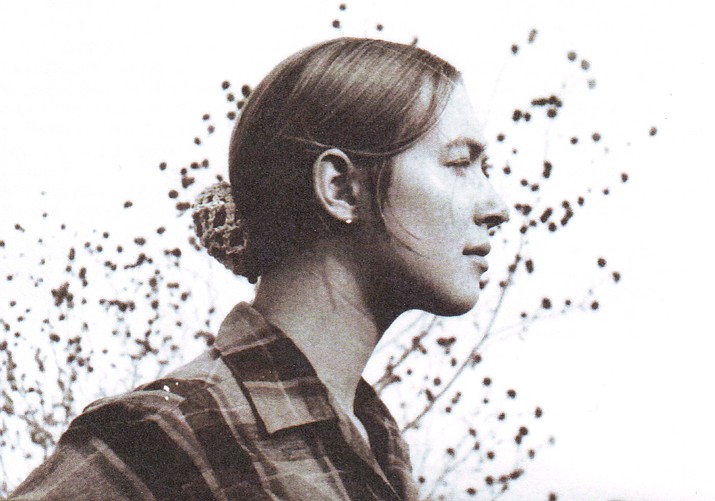 At the age of 3, her family moved to the new mining town of San Manuel, Arizona, where her father worked for Magma Copper for the next 25 years. Many of the miners and their families had moved there when the mines in Jerome closed.

Diana’s playground was the Sonoran Desert that surrounded the town. She ran in the washes chasing lizards and cottontails, careful to avoid rattlesnakes and javelina. She was delighted when the free-ranging cattle would press their wet noses against her bedroom window screen. She spent long hours practicing with bow and arrow with her father. She loved to dance and took dance, gymnastics and ice skating classes. She loved the water and was an excellent swimmer.

About the time her younger brother was born the family moved to Tucson. They bought a house across the street from Flowing Wells High School. She made many lifelong friends in that community and continued her love of dancing and drawing and painting, encouraged by her father. She was a good student and was popular in school. She was chosen Freshman Rodeo Princess and was J.V. and Varsity Cheerleader. Diana had many admirers but was always humble, cheerful and modest.


One Christmas Eve her friend Emily took her to the home of a big family where something was always going on. There she met one of the notorious Holladay boys, James, and it was love at first sight. They spend most of the last 54 years together. Diana attended the California College of the Artist in Oakland on a scholarship. James joined her in Oakland during the first semester. They returned to Tucson in the spring of 1969 and at the suggestion of their fathers (both of whom had been prize fighters before WWII), married in the Holladay family backyard to a crowd of family and friends.

Diana was a talented artist who worked as graphic designer, custom sign painter and an accomplished oil painter and was constantly drawing and sketching when no caring for her children and grandchildren. Her most important job was mother, grandmother and partner and best friend to James.

James and Diana lived in California, Tucson, Flagstaff, Oak Creek Canyon and finally in Cottonwood for the last 32 years. They traveled in Mexico, Central America, Canada, Europe, Hawaii and across the USA.

Diana also leaves behind many cousins across the country and in Canada and Australia. She passed peacefully in the arms of her husband and children. Thanks to the kind and caring folks at Mingus Terrace, who showed such love during the hardest part of her life.