By the light of the Super Blue Blood Moon 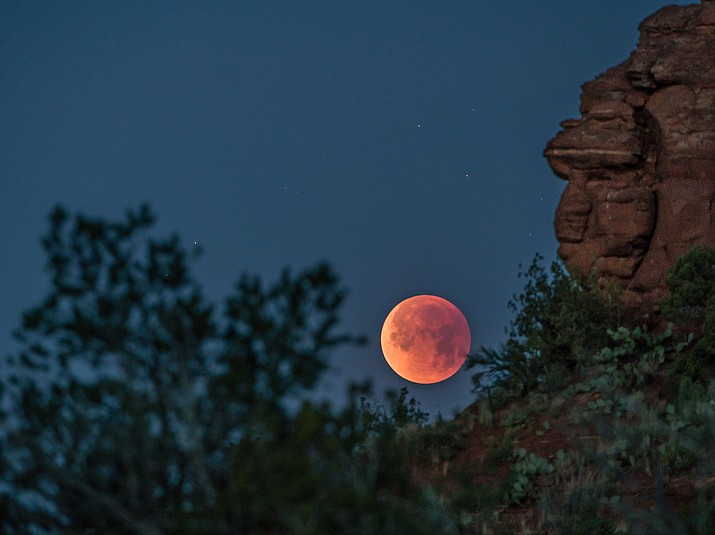 Sedona photographer John Hill took this photo of the ‘Super Blue Blood Moon’ at 6:45 a.m. on Wednesday from Red Rock Loop. The west side of the United States got the best view of the lunar event.

According to NASA, “The Jan. 31 full moon is special for three reasons: it’s the third in a series of supermoons, when the Moon is closer to Earth in its orbit. It’s also the second full moon of the month, commonly known as a blue moon. The super blue moon will pass through Earth’s shadow to give viewers in the right location a total lunar eclipse. While the Moon is in the Earth’s shadow it will take on a reddish tint, known as a blood moon.”