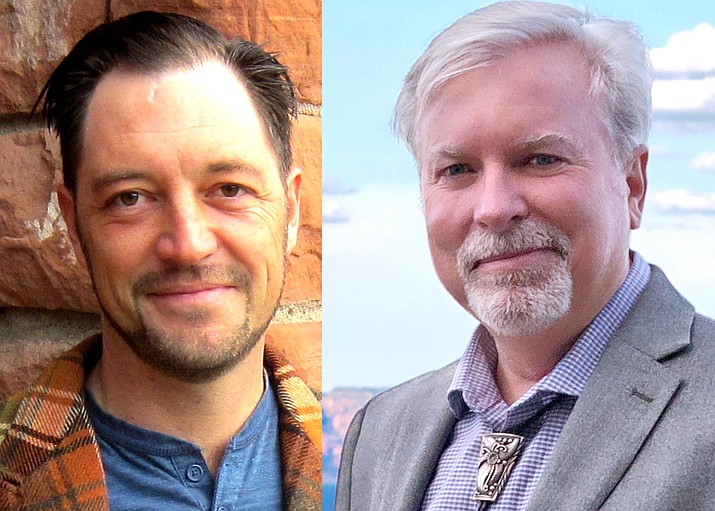 “The City of Cottonwood is not looking to annex any part of the Village, Bridgeport or Verde Santa Fe/Cornville,” said Rodriguez.

“This meeting is about debunking the rumors that have been disseminated by a small group of individuals that are anti-Cottonwood. These rumors are saying that the City of Cottonwood is trying to annex the Villages for their tax money because we are going bankrupt. Nothing could be further from the truth, however the rumors are kept alive by this small group,” Rodriguez added.

He said he will answer any financial questions that come up.

Elinski said he was invited to attend the meeting to quell rumors that the City of Cottonwood is looking to annex the Villages.

“I’m really attending to set those rumors aside, and listen,” he said.

Elinski said the community has talked a lot about annexation over the decades.

“…I’m looking forward to hearing from those on both sides of the issue so I can better understand what the concerns are,” said the mayor.

Elinski said he hopes to shed some light on the factual pros and cons.

Garrison said he will answer questions that the residents will be asking, adding it should be should be an interesting conversation.

Rose Sperry, Vice President and Unit 3 Director of VVPOA said she appreciates the visit by Garrison and other community leaders. She said the meeting will be a question and answer session so that residents can be properly informed.

“They’ll get it straight from the horse’s mouth,” said Sperry.

The meeting will be held 6 p.m. Thursday at the Verde Village Clubhouse at 4855 E. Broken Saddle Dr.