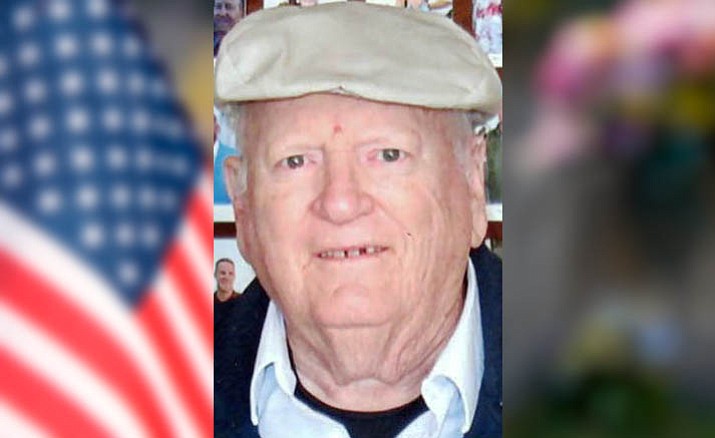 Christopher W. Montag was born on August 2, 1933 in Rock Island, Illinois to Christopher Leo Montag and Mable Alice (Thompson) Montag. He passed away on January 31, 2018. He moved to Arizona in 1951 when the Air Force called him to Luke Air Force Base where he welded aircraft engines. After his service was complete, he worked for Garriett Industries, Allied Signal and Honeywell as a welder. He married Verna Reems on July 5, 1953 and lived in Glendale. They moved to Cottonwood in 1998. They had one daughter Pamela Wentz and two sons, Michael (Bloomfield, CO) and Daniel (Cottonwood). Verna passed away on November 27, 2001. He married Sharon Schuster (Ristow) on December 23, 2002. He is preceded in death by his mother and father; wife Verna; his brother Frank; sisters Laura, Sharon and Mary and his daughter Pamela. He is survived by wife Sharon; brothers Gene and Joe; sons Michael and Daniel; grandson Justin; granddaughter Stacy; niece Terri and 3 great-grandchildren. A memorial service will be held on Saturday, February 10th at 11:00 am at Our Shepherd Lutheran Church, 1090 S. Page Springs Road in Cornville. An online guestbook is available to sign at www.westcottfuneralhome.com.