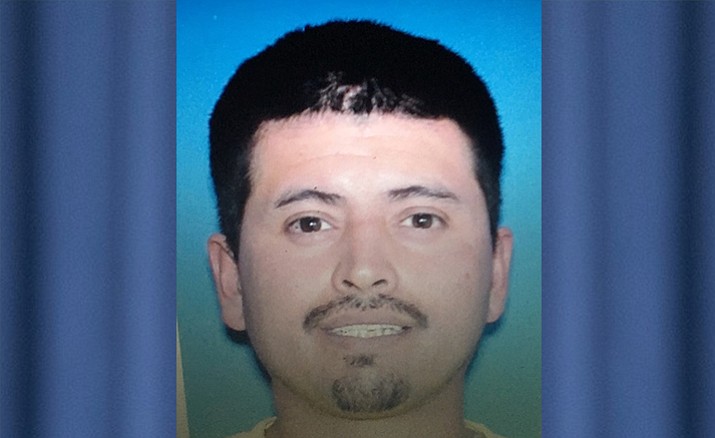 CORNVILLE – A woman and her small children arrived at their Cornville house Wednesday afternoon to find a male suspect in the yard, according to a news release from Yavapai County Sheriff’s Office.

Around 3 p.m., YCSO deputies were dispatched to the 200 block of S. Page Springs Road.

“It was discovered that the male subject had broken into the home and stolen a television from inside. The male subject fled the area in a SUV prior to the deputies arrival,” said YCSO spokesperson Dwight D’Evelyn

Deputies were able to identify the man as 32-year-old Lucio Andrew Garcia of Camp Verde. His vehicle was located at his home in the 3100 block of N. Cherry Lane.

“The television that was stolen was also recovered at the home. Garcia has not been located,” stated the release.

Garcia is described as being about 5’ 11” tall and weighing 200 pounds, and has black hair and brown eyes. He is also a registered level 3 sex offender.

YCSO is asking for the public’s help in locating Garcia. His charges will include burglary, theft, criminal trespass, and criminal damage.

If you have any information on the suspect’s whereabouts, please call the Sheriff’s Office immediately at 928-771-3260. Anonymous calls can be made to Yavapai Silent Witness at 1800-932-3232. If a direct tip to Silent Witness leads to an arrest, the caller becomes eligible for a cash reward.