5 things to watch in sports this week Feb. 18 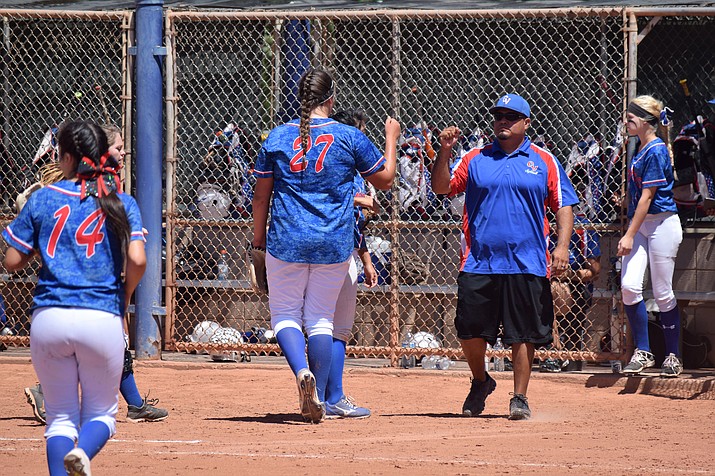 Camp Verde softball opens up its home schedule on Thursday against Wickenburg at 3:45 p.m. (VVN/James Kelley)

Valentine’s Day is in the rear view mirror so it’s time for spring sports to start.

On Thursday three Verde Valley teams are in action, in Cottonwood and Camp Verde.

The school has bleachers or you can bring a lawn chair and sit by the court you want to watch.

Then at 3:45 p.m. softball season starts. At Camp Verde the Cowboys host Wickenburg.

At Mingus Union the Marauders host San Tan Valley Combs. Both softball teams should be good this season.

Women’s hockey gold up for grabs

The NHL players didn’t make the trip but there is still compelling hockey in Pyeongchang.

As of press time the semifinals have yet to be played, but it’s pretty certain to be the United States versus Canada.

Last week the Canadians beat their rival 2-1, though the Americans outshot them 45-23.

Canada has lost a women’s hockey game since 1998 and the USA has won seven of the last eight world championships.

The school week finishes up with another opening day, this time for baseball.

On Friday at 3:45 p.m., Mingus Union baseball hosts Phoenix Greenway. Plus it is the debut of Tim McKeever Jr. as the Marauders’ head coach.

Mingus Union is coming off a region championship and Greenway is a traditional baseball power.

They won the state championship in 2014.

The highlight of the trip is No. 17 UA’s game at Oregon on Saturday. There isn’t a time or channel yet (it will be on ESPN or ESPN2) but the recent rivals usually have good games.

Last month in Tucson, the Wildcats edged the Ducks 90-83. Arizona has a slight edge in the recent history, going 6-4 against UO in the last 10 games, but Oregon has won three of the last five.

Soccer fans would do well to head south next weekend.

The Mobile Mini Sun Cup in Tucson wraps up on Saturday with three games at the Kino Sports Complex.

The action starts at 2 p.m. when Phoenix Rising FC places the team in fifth place after the first three match days. Phoenix Rising is a second division club and owns FC Tucson.