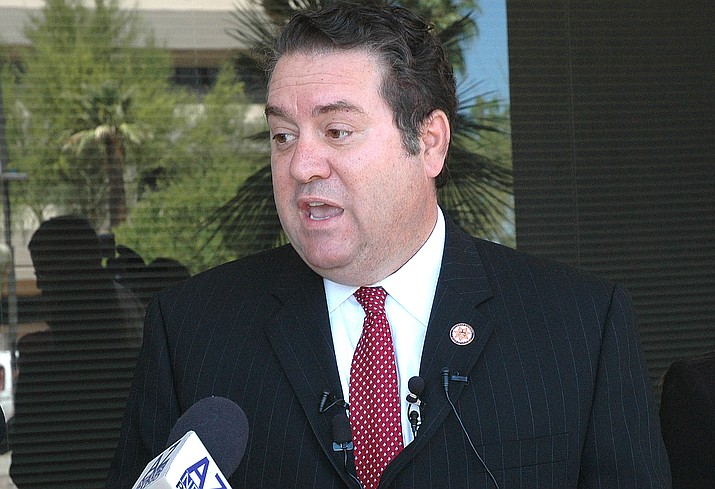 PHOENIX -- Attorney General Mark Brnovich is getting no help from the Trump administration in his last-ditch bid to deny driver's licenses to "dreamers.''

In fact, the Department of Justice is urging the U.S. Supreme Court to reject his plea. Instead, Noel Francisco, the federal solicitor general, is telling the justices that they should let stand a ruling by the 9th Circuit Court of Appeals which voided the Arizona policy. He said there is reason to believe that the appellate court reached the correct conclusion based on the evidence before it -- and that Arizona is legally wrong.

The legal merits of the case aside, Francisco said that Arizona appears to be the only state in the country that has decided those in the Deferred Action for Childhood Arrivals program are not entitled to licenses. Given that, he said there is no reason for the nation's high court to step in.

Anyway, Francisco said, Trump already has announced he will be rescinding the 2012 policy established by his predecessor that allows those who arrived in this country illegally as children to both remain without fear of deportation and gives them Employment Authorization Documents allowing them to work legally while they are here. If DACA goes away, he said, the number of Arizona dreamers eventually will dwindle to nothing

Francisco acknowledged the president's decision to kill the program is being challenged. But he told the justices that there is no reason for them to even consider whether the Arizona policy is legal until they decide whether to hear that other case.

The case traces its roots back to an executive order issued in 2012 by then-Gov. Jan Brewer as DACA was being implemented telling the state Department of Transportation not to issue licenses to those accepted into the program by the U.S. Department of Homeland Security.

Brewer cited a 1996 state law that says licenses are available only to those whose presence in this country is "authorized by federal law.''

She argued that Congress had not approved DACA, meaning the federal agency had no legal authority to let those in the program remain or work. And what that meant, Brewer said, is they were not "authorized'' to be here.

That argument failed to convince federal appellate judges who said Arizona cannot decide for itself who is legally entitled to be in this country.

In seeking Supreme Court review, Brnovich is arguing that neither Brewer, in issuing the executive order, nor successor Doug Ducey in trying to enforce it, is doing anything wrong.

He pointed out that in creating DACA, Homeland Security conceded that it "confers no substantive right, immigration status or pathway to citizenship.'' And Brnovich noted that the Office of Legal Counsel within the Department of Justice has said in its own writing that DACA "does not establish any enforceable legal right to remain in the United States -- and it may be revoked by immigration authorities at their discretion.''

Beyond that, Brnovich contends that Obama exceeded his authority in establishing the DACA program in the first place.

But Francisco, in his agency's brief to the Supreme Court that none of that provides a reason for them to intercede or disturb the 9th Circuit ruling.

He said the state never raised the issue of the validity of DACA when the case first went to a trial judge in Phoenix. And the appellate judges, noting that fact, said the issue was not properly before them.

Francisco told the justices that it would be improper for them, as the ultimate appellate court, to be the first to consider that argument when it had never been considered by lower courts.

Beyond that, Francisco said even Brnovich acknowledges the federal government has authority over immigration and the state cannot intrude on the exclusive right of the federal government to classify different kinds of aliens. He said that backs up the conclusion of the appellate court that found the state regulation on licenses for DACA recipients was preempted because the state had created its own classification, giving licenses to some people with Employment Authorization Documents but not to others.

"The court reasoned, by distinguishing between recipients of federal EADS that the federal government treats the same in all relevant respects, Arizona's policy distinguishes between non-citizens based on its own definition of 'authorized presence,' one that neither mirror nor borrows from the federal immigration classification scheme,'' Francisco wrote.

More to the point, he said even if that conclusion by the 9th Circuit is incorrect, there is no reason for the Supreme Court to intercede because "it does not conflict with any decision of this court or another court of appeals.''

There was no immediate comment by Brnovich to the Department of Justice legal brief.