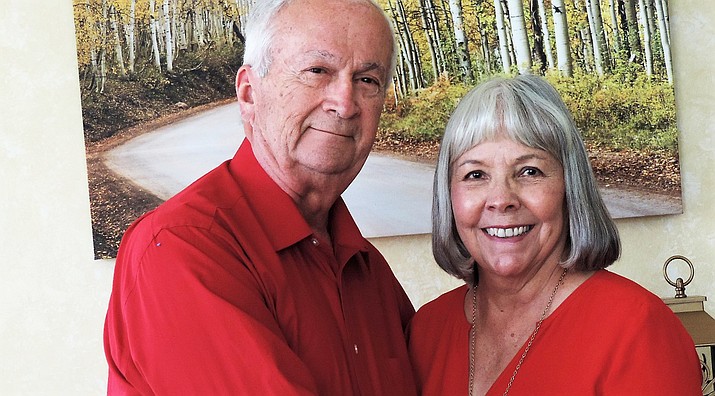 Jim and Dinah Gemmill of Clarkdale (photos from 2018 and 1961)are celebrating their 55th wedding anniversary on February 22. 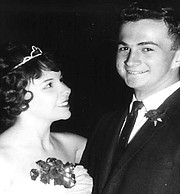 The Gemmill’s have two children. Son Darren of Clarkdale is married to Candy and has two sons, Bradley and Brandon. Daughter Gayle of Cottonwood is married to Scott Mabery and has two daughters, Bailey and Morgan. Bailey is married to Matt Chavez. After Darren was born in California, the couple moved back to Clarkdale. Dinah is proud to tell people she has lived all but nine years of her life within a few blocks of her church, St. Thomas Episcopal Church in Clarkdale where she was baptized in 1943. When they returned to Clarkdale, they bought the house where Jim lived while in high school. They live there still.

Jim and Dinah are enjoying their retirement with family and church activities, traveling to places near and far and spending summer vacations on the Dolores River in Colorado.