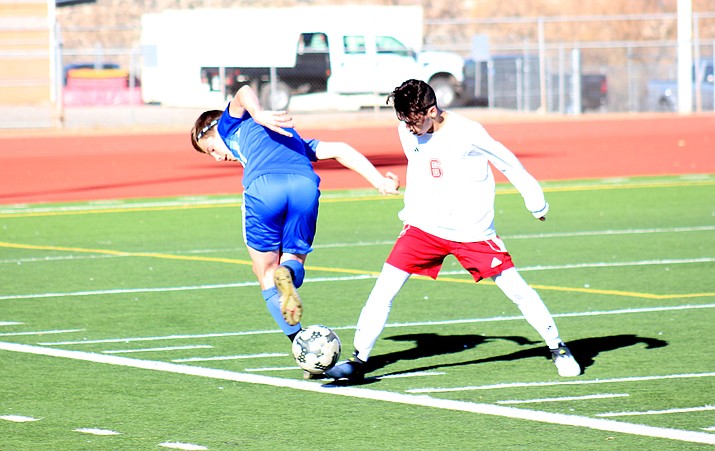 “I think they did them very diplomatically and not necessarily to the true nature of the players,” said Mingus head coach Calvin Behlow. “I think I had the defensive player of the year bar none and he didn’t win it because he was injured during the Bradshaw game and didn’t play against Coconino, so because of that he missed out on two votes but Cayden Ontiveros was the best defensive player I saw all year at any game and because of that he kinda got gypped.”

“They went down and they said that ‘we’ll give this many to Mohave and this many to Flagstaff’ because they were the first and second team and we were able to get two, two and one,” Calvin Behlow said. “I think it was diplomatic, which is good but I think some players didn’t get recognition that they could have.”

“We took third in the conference and shouldn’t have,” Calvin Behlow said. “We battled to get there. When we hit the field, we were never the better team but we had the hardest working team out there and I think that goes a long way.”

As expected, Calvin Behlow resigned after the season.

Calvin Behlow said he doesn’t know what he is going to do next season but that he would like to help out both the boys and girls as a skills coach.

“I will be at every girls game watching, because my daughter is playing,” Calvin Behlow said. “I’ll be watching a lot of her games and if I can help out great, and if not then I get to be a dad.”