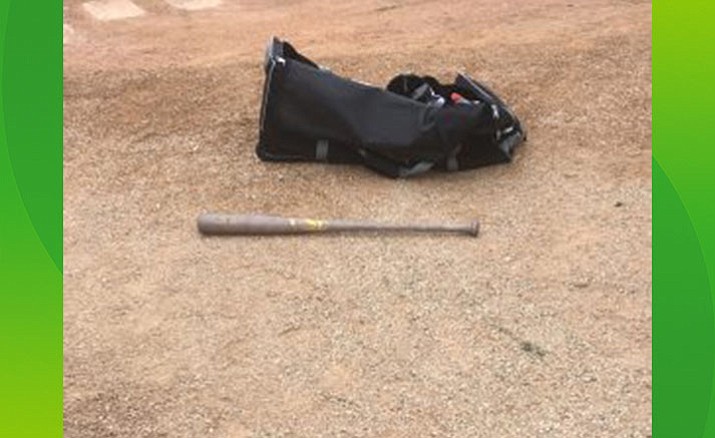 High School baseball players are choosing junior colleges in Arizona over universities for the chance to show off their skills with a wood bat. (Photo by Noah Freidman/Cronkite News)

Junior colleges around the state are attracting some of the top baseball talent in the nation because of the sound that comes off their bats.

In 2011, the Arizona Community College Athletic Conference decided to implement a rule that obligates the 14 member schools with a baseball program to use a wood bat in all conference games.

“There is nothing quite like hearing a kid get a good one off of a wood bat. It is a great sound,” Yavapai College assistant baseball coach Kyle Wise said.

Yavapai is one of the premier junior college programs in the Valley, with 19 current MLB players with ties to the school. A big reason for that is MLB scouts want to see what a player can do with a wood bat, the same type of bat that is used in the big leagues.

Junior colleges aren’t routinely thought of when thinking about where some of the greatest football players, basketball players, or hockey players attended school. Baseball, however, is a different story.

With the wooden-bat rule not being implemented until 2011, both Schilling and Giles missed out on getting to play with wood bats. Nate Easley, a current player in the San Diego Padres minor league system, did get to experience playing with a wood bat at Yavapai College and the positive experience that came with it.

“Playing with a wood bat was a big advantage when it came to getting drafted,” Easley said. “They could see that I could hit the ball with a wood bat.”

The difference between the wooden bats that are used at Arizona junior colleges compared to composite bats used at the NCAA level is substantial.

Alan Nathan, a Professor Emeritus of Physics at Illinois University, has done research on the physics behind different types of bats.

According to Nathan, when dealing with the difference between wood bats and composite bats there is a certain term that is key: trampoline effect.

In the context of baseball, the trampoline effect can be applied to bats. A wooden bat is an example of a solid surface. When a baseball is thrown against it there is little to no give in the bat and the baseball is the item that is crushed. When using a composite bat, the bat has a lot of give and therefore there is a crushing effect that happens on both the bat and the ball.

“It is the same concept when you think of a person bouncing on a trampoline compared to the ground,” Nathan said. “You can’t jump as high off the ground because the ground doesn’t have any give, a trampoline does.”

Because the wooden bat doesn’t give as much as a composite bat, it is harder to hit the ball with as much force. When using a wooden bat you have about 2 to 3 inches that are known as the “sweet spot”. If you hit the ball in that area, the result often is a solid hit.

For a composite bat, that sweet spot is expanded so the batter can still get a solid hit even if they didn’t connect with the ball cleanly. This is the main difference between wood and composite bats.

“I always liked wood more than metal,” Easley said. “Wood felt better in my hands; it just all worked out that I got to play with a wood bat and hit with a wood bat.”

Even though there are certain players that go straight from junior colleges to the MLB, a majority of them still go to the NCAA level where they make the switch to playing with composite bats.

They don’t have to, however. Players in the NCAA are allowed to hit with wood bats, but most choose to hit with composite based on the bat’s allowance for a larger room for error.

“You have to get your number called; you have to make a name for yourself on the national level,” Wise said.

No matter where a player goes after Yavapai College, most will always remember their time as a Roughrider. It is still college, after all.

“It was awesome,” Easley said.