Commentary: Saving one dog will not change the world, but for that one dog, the world will change forever 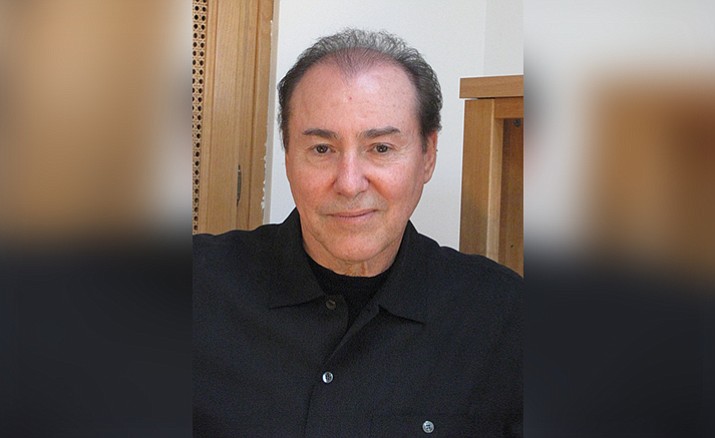 Murphy is a large 63-pound Shar Pei/Mastiff mix who has been living at the Verde Valley Humane Society for two months. He was picked up by Animal Control in the Camp Verde area as a stray.

Murphy is sweet, loveable, playful and a very special dog. He thinks he is a lot smaller than his actual size and likes crawling onto your lap as if he were a puppy. The Shar Pei breed is known for its deep wrinkles, small triangle-shaped ears, high-set tail, and prominent nose and jaw.

Murphy has an eye condition called ‘cherry eye’ that required two surgeries. If we had left it untreated, it would most likely have resulted in swelling, inflammation, and/or infection.

When you look at him, he actually does have two conspicuous red eyes. Some people are uncomfortable with this. If the saying, “The eyes are the windows to the soul,” has significance, then Murphy is one of the most soulful dogs I have ever encountered.

We were concerned that this condition would make it much more difficult for Murphy to be adopted because red eyes are very unusual. But just a week ago, someone fell in love with Murphy and adopted him.

I watched as he excitedly walked out the door with his new owner. He was as excited as any dog I have ever witnessed. Someone finally looked into those red eyes and took him to his new home. He wasn’t stuck in his kennel any longer.

Murphy’s story reminds me of another story, The Wizard of Oz. On her way to see the Wizard of Oz, Dorothy comes upon a Scarecrow stuck on a pole. People had walked by him day after day, but only Dorothy took the time to help remove him from the pole and to get to know him.

Dorothy saw something in the Scarecrow that no one else noticed. Because of her act of kindness, the Scarecrow trusted Dorothy immediately, was very appreciative, and joined her on her journey to see the Wizard in the Emerald City.

We all need appreciation, but most of us do not get enough of it. We all need to be seen for who we are. Being seen and understood are vital to our health and self-confidence. We all need a second chance, a chance to prove our worth, and a chance to shine.

Actor and wrestling personality, Shawn Michaels wrote, “I live in a constant state of gratitude, thankfulness, and appreciation for the second chance I was given, so anytime in any film, when that is given to someone, I always appreciate it.”

There’s a plaque at the Humane Society that reads, “Saving one dog will not change the world, but surely for that one dog, the world will change forever!”

Murphy is certainly that one dog.