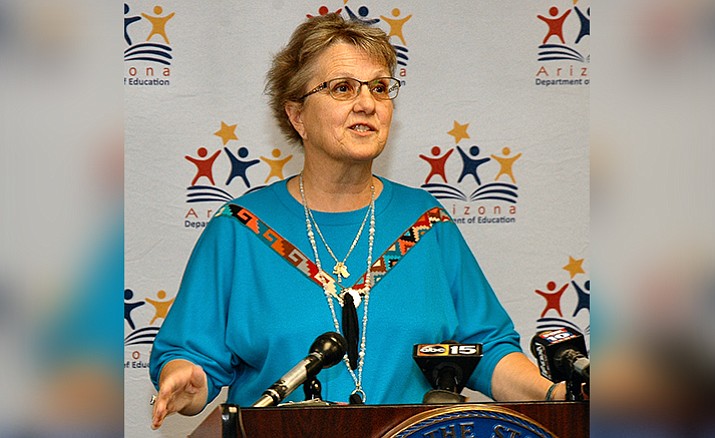 The state’s top education official wants to salvage at least some of a law banning “ethnic studies” that was struck down as unconstitutional by a federal judge.

Diane Douglas is not directly contesting the ruling by Judge Wallace Tashima that the 2010 law was approved by lawmakers out of “racial animus” and that “no legitimate pedagogical objective motivated the enactment and enforcement” of the law targeting the Mexican American studies program in Tucson Unified School District.

On Thursday, Tashima formalized his ruling with an injunction barring the state from enforcing the law.

But Douglas said Friday she believes there are some provisions that legally fit within what is the legitimate interest of the state in restricting what can — and cannot — be taught in Arizona public schools. More to the point, she wants to preserve another section of the law that allows her agency to withhold state funds from schools that ignore those standards.

The law that Tashima voided forbids schools from teaching classes that:

• Promote the overthrow of the United States government;

• Promote resentment toward a race or class of people;

• Are designed primarily for pupils of a particular ethnic group;

• Advocate ethnic solidarity instead of treatment of pupils as individuals.

“I am supportive of teaching history and cultural studies,” Douglas said in a prepared statement. “But I don’t understand why the judge felt he needed to strike down the entire law.”

Douglas said she will be meeting with legislative leaders this coming week to see if there is a legal way to resurrect at least the first two sections.

“The provisions ... just sound like common sense to me,” she said. “Those should stay.”

Douglas declined through a spokesman to answer questions or explain her reasoning.

“The statement speaks for itself,” said Dan Godzich.

It is unclear whether a revised version of the law would prove more acceptable to the judge.

In striking it down, Tashima focused less on what things the statute said are unacceptable and more on exactly how and why the measure became law in the first place.

The judge cited statements by proponents such as Tom Horne who was the state school superintendent at the time. That included Horne telling lawmakers that the program teaches “ethnic chauvinism,” how students who protested a speech by his deputy were taught to be rude by “Raza studies teachers who were radical.”

Horne also complained to legislators considering the measure that a librarian was wearing a “MEChA” T-shirt — short for Movimiento Estudiantil Chicanx de Aztlan — a group that, among other things, promotes cultural identity among Mexican American students. And Horne described some of the textbooks being used, including “Pedagogy of the Oppressed” by Paulo Friere, who Horne said was a “well-known Brazilian communist.”

Tashima also found fault with how, after the law was approved, Horne concluded the program was in violation. He said the superintendent “cherry-picked quotations from textbooks, his interpretations of which border on the illogical.”

All that could mean that if lawmakers chose to accede to Douglas’ request and reenact the law, any legal challenge could focus less on the words and more on the “how” and “why” they put the provisions back into statute.

Even if a judge finds no flaw in the motives for legislators restoring the two sections Douglas wants, that still leaves the question of whether the prohibitions are overbroad.

“That’s going to be a challenge,” Godzich said. “That’s why we need to meet with legislators and see what we can figure out.”

Take the ban on advocating the overthrow of the government. Yet the Declaration of Independence says when government “becomes destructive” to the unalienable rights” of life, liberty and the pursuit of happiness, “it is the right of the people to alter or abolish it, and to institute new government.”

Elsewhere, the document says when there is a “long train of abuses and usurpations” it is the right and duty “to throw off such government.”