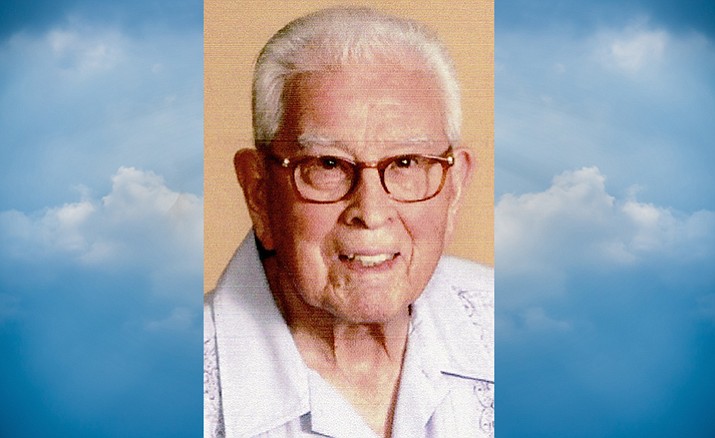 He moved to Jerome at the age of 3, and graduated from Jerome High School in 1943.

After graduation, George served in the U.S. Navy for three years in the South Pacific during WWII.

He came home in 1946 and married his high school sweetheart, Lupe Romo. He attended Arizona State College and received a degree in teaching. He went to Bagdad, Arizona, and taught English and Spanish for 10 years. He became the Superintendent of the school in Bagdad for 7 more years. He was on the original committee which was formed to establish Yavapai Community College and became the Registrar of Admissions in 1969.

George is survived by his wife of 71 years, Lupe, and their 5 children: Jennie, George Jr., Richard, Theresa and Renee.

A rosary will be said at Westcott Funeral Home in Cottonwood on Tuesday, January 9th at 5 p.m.

A Mass will be said at Immaculate Conception Catholic Church in Cottonwood on Wednesday, January 10th at 10 a.m.