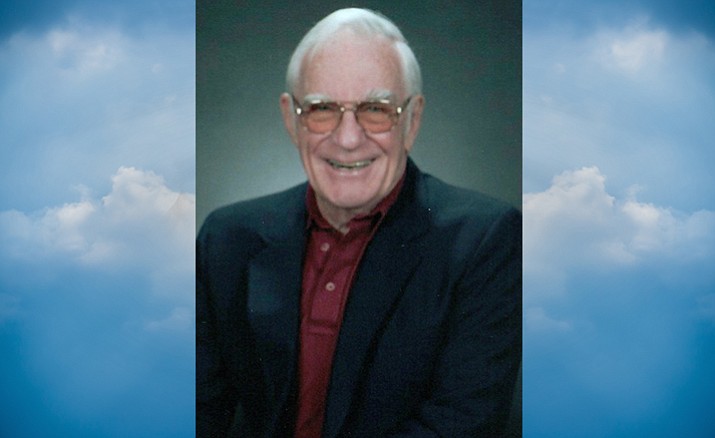 Raymond “Pat” Patzer, 87 of Cottonwood, passed away on December 28, 2017. He was born in Hastings, Nebraska on April 4, 1930, the fourth of four sons born to William and Beatrice Patzer. He attended St. Cecelia Elementary and High School in Hastings.

Shortly after graduation from high school, Raymond enlisted in the United States Army and after basic training was sent to Korea. He served in the Army from April 1951 to October 1959. He was awarded the Purple Heart and other campaign medals. After discharge from the military he worked at E.I. DuPont in Nashville, TN until he retired.

After retiring from DuPont, Pat and his wife Joyce moved to Scottsdale, AZ where they lived for 8 years. In 1993 they moved to Cottonwood, AZ.

He is survived by his wife of 36 years, Joyce Patzer; stepdaughter Lynda Tewell; stepson Rick Tewell and his wife Lisa; and grandchildren Christian and Valerie Tewell. He was preceded in death by his parents and 3 brothers Orris Patzer, William Patzer and Bernard Patzer.