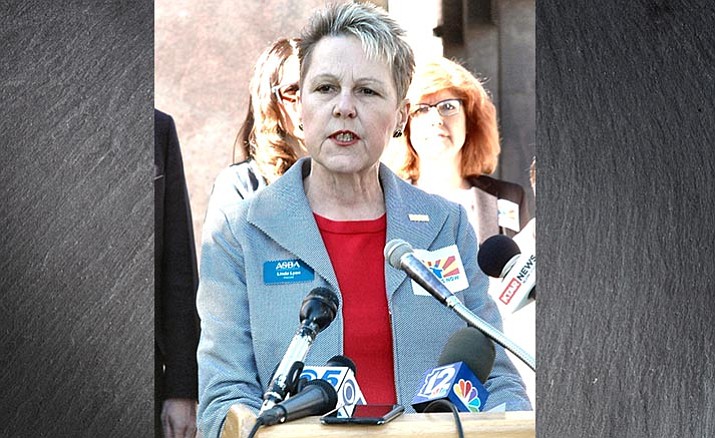 PHOENIX -- Hoping to set the agenda, a coalition of educators and others laid out options that could generate more than $950 million for education this coming year, all without a general hike in sales taxes.

The package crafted by AZ Schools Now ranges from hiring back auditors and tax collectors who had been let go by the Department of Revenue to requiring all corporations to pay at least $500 a year in income taxes. Dana Naimark, president of the Children’s Action Alliance, said three fourths of all firms are paying $50 or less.

There’s also a proposal to require all residents to pay the full basic education property tax, money that goes not only to local schools but also is shared with those districts with less wealth.

Current law allows those living in some areas, such as Sun City, where there are no schools, to pay just half; those living in wealthy districts that don’t need state aid also do not need to pay the full levy. Coalition members said that change alone would raise $208 million a year.

But don’t look for all of these to be embraced by Gov. Doug Ducey, who trots out his own priorities when the Legislature convenes this coming week.

Ducey got elected in 2014 on a promise to not only oppose new taxes but to reduce individual income tax rates to as nearly close to zero as possible.

Gubernatorial press aide Daniel Scarpinato said, though, that his boss will be proposing more funding for education, though he was not specific on exactly where the governor intends to find the money.

“I think there’s a misperception, perhaps, that the only way to increase education funding is to raise taxes,’’ he said.

“We believe that it’s possible to put substantial new dollars in without doing that,’’ Scarpinato continued. “And our budget will show that.’’

He declined to say what the governor considers to be “substantial.’’

But Linda Lyon, president of the Arizona School Boards Association, has an idea of what she believes would meet the definition. Lyon said adding $1 billion to current funding would finally bring teacher salaries in Arizona up to the national average.

Lyon, a member of the Oracle Elementary School District governing board, also derided legislators who, when asked to boost funding, say the state is doing the best it can, what with 43 percent of the budget going to K-12 education.

That goes to the coalition’s contention that various tax breaks have reduced the state’s revenues which, in turn, leave less for education.

In the 2007 fiscal year, Arizona collected $9.63 billion in taxes and other income. Last fiscal year, even with inflation, the figure was barely above $9.5 billion.

Some of that is related to the recovery from the Great Recession. But state lawmakers also approved various corporate income tax cuts that this year will mean $350 million less in revenues than would otherwise have been collected.

Beth Simek, president of the Arizona PTA, said all that is taking a toll, particularly on attracting and retaining qualified teachers. She cited statistics showing that 2,000 classrooms are without a permanent, qualified teacher four months into the school year.

“When are enough teachers going to be lost?’’ she asked.

Lyon also said while Ducey and lawmakers boast about not having increased taxes, they’re not being intellectually honest. What has happened, she said, is local voters are forced to approve bonds and overrides to cover the cost of things that should be the state’s responsibility.

“That’s money that’s been pushed down to the local level,’’ Lyon said. “The taxation is still happening.’’

Some business leaders have been floating the idea of asking voters for a sales tax increase to fund teacher salary hikes and other education needs. But at this point they want to wait until 2020.

Naimark, however, said that’s too long to wait. And she said if legislators don’t make meaningful additions to K-12 funding this year her group and others will push for a ballot initiative in November to raise the funds.