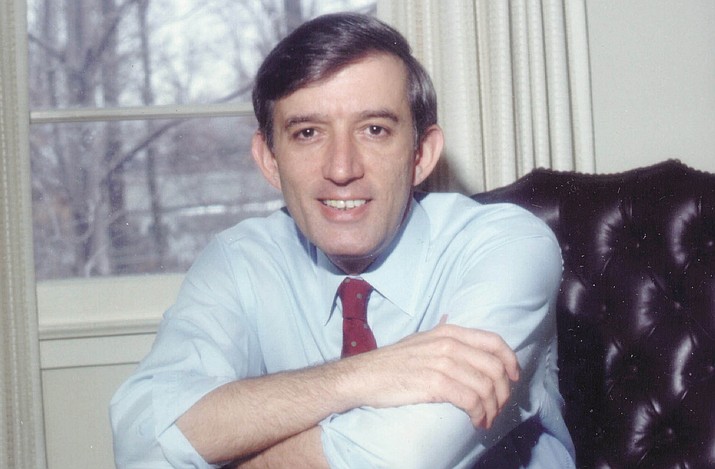 WASHINGTON -- President Donald Trump has been flip-flopping lately on what should be done about illegal immigrants known as Dreamers, who were brought here when they were infants or children by their undocumented parents.

He ran for president on a promise that was the bedrock issue of his 2016 campaign: to deport all of the estimated 11 to 12 million migrants, including their kids who grew up here, went to school here and many of whom work here.

Now he says he’s willing to make a deal with Congress, allowing many if not most of these young people to remain in the U.S. under the Deferred Action for Child Arrivals (DACA) program begun under President Obama that may offer a possible path to citizenship.

Late last month, after some two years of sticking to his deportation plan, he had a sudden change of heart about separating families whose kids have grown up here and know little, if anything, about the countries they came from.

His hardcore supporters are up in arms that he is caving in on one his repeated campaign pledges, while others are reminding him of his public declaration last year “to show great heart” toward the Dreamers.

This week, the White House made it clear that he is in the midst of negotiating a deal on Capitol Hill that would let many, if not all, of the Dreamers remain here, but only if the Congress will fork over the money he wants to build his wall along the 2,500-mile border with Mexico, and pay for the hiring of thousands of federal immigration enforcement officers and judges.

The switch in his thinking came when strategists told him that the DACA program is popular on the Hill, and that he has to give up something Congress wants in order to get what he needs in return.

“The president wants to have a responsible immigration reform,” White House press secretary Sarah Huckabee Sanders told reporters Tuesday. “He said before that he would like to include a DACA resolution in that process, and we hope to be able to work with members of Congress to get that done.”

“He’s got a very simple core problem. His base regards DACA ... as a sellout,” said former House Speaker Newt Gingrich. “He personally gets it, and he personally wants to solve it, but he’s got to get something for doing it.”

Trump tweeted his demands late last month to make sure lawmakers understood what he needed from them in return for embracing most, if not all, of the DACA program.

There “can be no DACA without the desperately needed WALL,” he told them.

There were an estimated 1.8 million people who met the requirements under the DACA program, according to the American Immigration Council. Nearly 50 percent of the potential beneficiaries live in Texas and California, and roughly half are female.

There’s a lengthening list of economic falsehoods about immigrants, including that they don’t work, or that they take jobs away from native-born workers. In fact, they are very hard workers -- many hold multiple jobs -- and very often they are jobs that most Americans don’t want.

Newsweek reports that a Center for American Progress survey of “roughly 3,000 DACA recipients found that nine-tenths of respondents said they had jobs.” And that their average hourly wage was $17.46 an hour. And about 72 percent of them were in higher education.

The Center for American Progress estimates that “the U.S. would lose about $460 billion in GDP over the next 10 years” without DACA. And 700,000 people “could lose their jobs.”

Last year, a Morning Consult poll “found that 56 percent of registered voters said Dreamers ... ‘should be allowed to stay and become citizens if they meet certain requirements.’”

Trump announced near the end of last year that he planned to terminate the DACA program, but later made it clear he could be bought off if the deal was right.

“Trump suggested he would be open to a deal with Democrats that included providing legal status for immigrants in the program,” the Washington Post reported Wednesday.

And he sweetened the deal by adding “that the physical wall did not necessarily have to be among the immediate concessions,” the Post said.