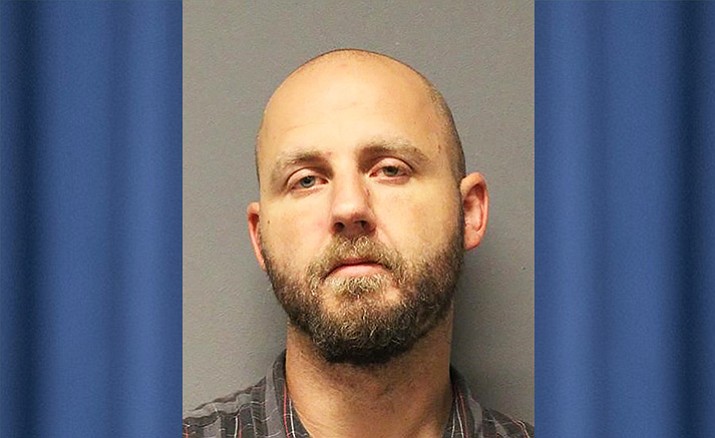 COTTONWOOD – A Cottonwood man was arrested Sunday evening after police seized a semi-automatic rifle from his vehicle during a traffic stop.

Hipp, who was driving on a suspended driver’s license, was stopped in the 100 block of N. 17th Street for traffic violations, according to a news release from the Cottonwood Police Department.

Officers inquired about any guns in the vehicle to which Hipp denied.

“Hipp was in possession of a SKS rifle, magazines with ammo, two airsoft guns that replicate real handguns, a gorilla mask, black balaclava, a scanner and glass pipe with burnt residue (methamphetamine pipe),” said Sgt. Monica Kuhlt in the release.

He was then arrested.

“Officer Clark’s approach to traffic enforcement and situational awareness helped take a dangerous weapon and felon off of the streets,” said Kuhlt. “Based on my law enforcement training and experience the items, collectively, seized from Hipp’s vehicle are often used in illicit activity such as robberies. While we haven’t linked Hipp or these items to any robberies or other criminal activity this investigation is still ongoing. We’re seeking any information from the public.”