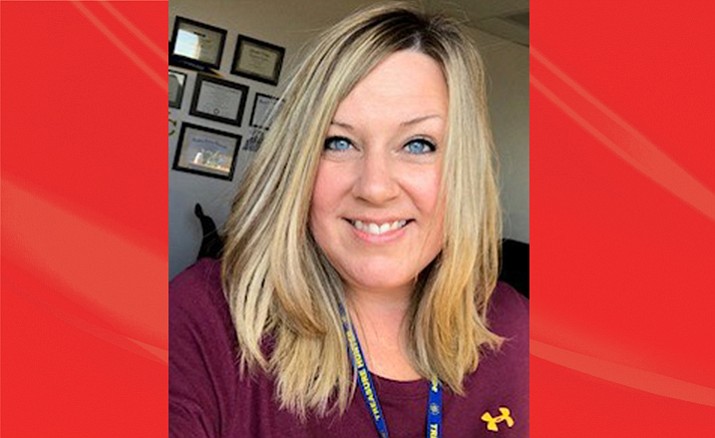 COTTONWOOD – Thursday, the Mingus Union High School District governing board could approve an administrative reorganization it first discussed in December.

Should the board vote in the affirmative, Genie Gee will no longer be one of the school’s two assistant principals.

According to the district’s administrative reorganization, Gee would become the school’s principal, and Allen Mitchell would remain assistant principal.

In March, Dr. Penny Hargrove was hired as the district’s superintendent. Before her first day on July 1, she was asked to also serve as principal.

Though Gee’s promotion is not yet official, Dr. Hargrove says that she’s begun transitioning principal-related tasks to Gee, such as decision-making on student-related and teacher-related issues.

Mingus Union will not seek a replacement for Gee’s former role of assistant principal, as the second assistant principal position became the new Director of Student Support Services that was approved in December with hire of Gretchen Wesbrock.

For the past six years, Wesbrock has served as Gear Up Coordinator, a position that will end on June 30 with the end of the Gear Up grant.

Mingus Union administration has created no additional positions with its new organizational chart.

Also Thursday, the Mingus Union school board is expected to receive an update on a consolidation feasibility study, including a discussion of the nine-year-old Warner Report; review a report from Andy Groseta and discuss any possible savings that could be implemented at this time.

The Mingus Union board is also expected to elect a new president and clerk for the 2018 year, to replace current president Anita Glazar and current clerk Lori Drake.

The Mingus Union High School District governing board will meet at the school’s library, located at 1801 E. Fir St. in Cottonwood. Call (928) 634-0580 for more information.

The district will post a copy of the agenda no less than 24 hours before the meeting.

The district’s regularly-scheduled meetings are typically held at 6 p.m., unless otherwise noted.