5 things to watch in sports this week Jan. 14 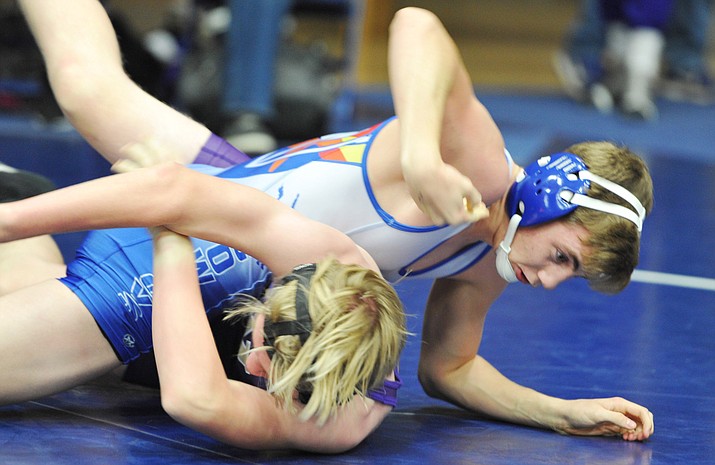 Both of Sunday’s NFL Divisional Playoff Round games feature rematches and intrigue.

At 11:05 a.m. on CBS, the upstart Jacksonville Jaguars visit the Pittsburgh Steelers. The Jaguars made their most of their first home playoff game this century and beat the Buffalo Bills. The game is in the Steel City but the Jags blew out Pittsburgh during the regular season.

Then at 2:40 p.m. on Fox, the New Orleans Saints travel to Minnesota to face the Vikings. Back in Week 1 the Vikings beat the Saints 29-19.

The Vikings are looking to become the first team to play in a Super Bowl in their home stadium.

The No. 28 Marauders host their final two home games of the season. In order to make it to the post season, they need to finish in the top 24 in the rankings to make it to a 4A state tournament play in game.

On Tuesday at 5 p.m., the Marauders host No. 10 Bradshaw Mountain. Then on Thursday, also at 5 p.m., Mingus Unions welcomes No. 13 Coconino to town for Senior Night.

As of press time the Marauder boys are ranked No. 12 and the girls 23rd. with only a few weeks left in the season, both Mingus Union teams have chances this week to pad their power points and improve their rankings.

On Tuesday the boys also host Prescott, who is ranked No. 11 and tied with the Marauders for first place in the region. The game is at 7 p.m.

The Marauders close out the season at No. 2 Flagstaff, which will be a tough game to win, so the home games have that much more urgency. 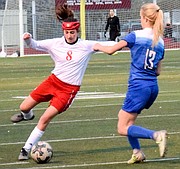 Mingus freshman Sadie Backs goes for the ball during the Marauders’ loss to Prescott on Monday. Mingus hosts its final two home games of the season this week. (VVN/Halie Chavez)

On Thursday at 4:30 p.m. the Cowboys host the Camp Verde Multi. Bradshaw Mountain, Mayer and Northland Prep will be attending. Not only is it the Cowboys’ third to last competition of the regular season so the wrestlers will be nearing their peak, it’s also their last home matches.

The Northern Arizona Suns wrap up their longest road trip of the season this week.

The Suns return home to face Salt Lake City Stars at 7 p.m. on Saturday night. The Stars’ NBA affiliate is the Utah Jazz.