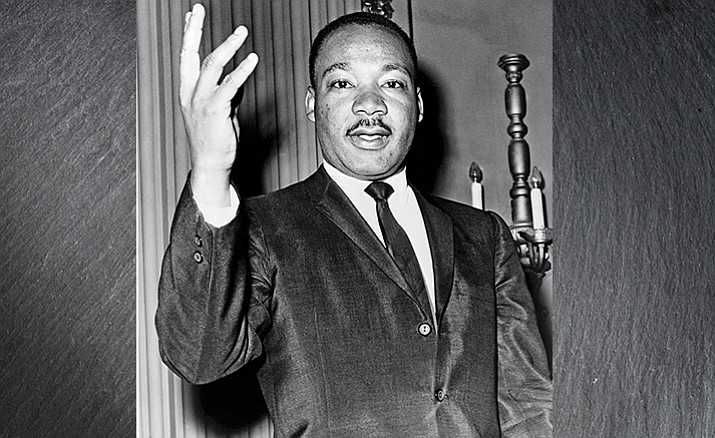 Monday marks our annual observance of Martin Luther King, Jr., Day. It should bring back some painful and embarrassing memories for Arizona.

While Arizona -- thanks to Yavapai County -- was snubbing its nose at the rest of the nation over the MLK holiday, the Jerome Town Council said enough of this nonsense and declared its own municipal MLK holiday with candlelight observances in the town park.

Nationally, the MLK holiday was established in 1986 by declaration of then-President Ronald Reagan. Arizona followed suit the same year when former Gov. Bruce Babbitt declared the holiday by executive order.

When Glendale car dealer Evan Mecham succeeded Babbitt as Arizona’s first Republican governor in a dozen years, one of his first acts in office was to rescind Arizona’s MLK holiday.

Mecham’s edict painted Arizonans as a bunch of racists. It made our state weekly fodder for Saturday Night Live.

For Mecham, the decision began a chain reaction of events that ultimately saw him become the first governor in American history to hit the trifecta of simultaneous impeachment proceedings, a recall election and a felony indictment.

Collectively, the rest of the state did not fare much better in the national court of public opinion. Arizona voters twice rejected ballot issues in 1990 that would have created a state holiday for Dr. King.

Voters in Yavapai County had the biggest black eye of all. The dual MLK ballot issues in Arizona in 1990 were narrowly defeated across the state by about 17,000 votes. Yavapai County provided 16,355 of those “No” votes.

Locally, while Arizona -- thanks to Yavapai County -- was snubbing its nose at the rest of the nation over the MLK holiday, the Jerome Town Council said enough of this nonsense and declared its own municipal MLK holiday with candlelight observances in the town park.

The failure of voters in 1990 to approve the King Holiday prompted the National Football League to move the 1993 Super Bowl from Sun Devil Stadium to Pasadena, Calif.

Finally, the light went on.

Arizona voters approved the King Holiday in November 1992. This time, 61 percent of the state’s voters supported the holiday, thanks largely to a massive advertising campaign fueled by business interests simultaneously lobbying the National Football League to bring the Super Bowl to Arizona, which finally happened in 1996.

Short of the sense of decency that existed in Jerome, Arizona’s history concerning the MLK Holiday was a sad affair. In the end, after stubbing our collective toes for six years, we finally did the right thing.

For all the wrong reasons.