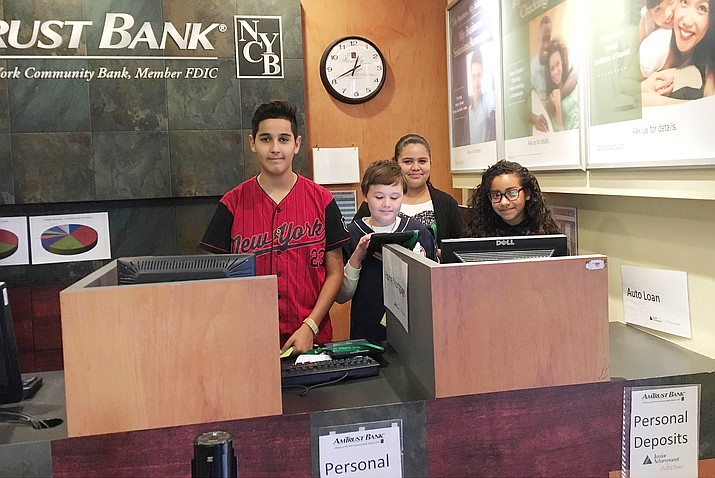 BEAVER CREEK – Mikayla Howell has seen a glimpse of what her future could be like.

The seventh grader at Beaver Creek School says she wants to be an actress and do either television or movies – just like Jennifer Aniston. 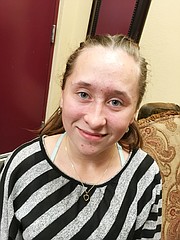 Though she plans for a career in acting, Beaver Creek School seventh grader Mikayla Howell learned about being a librarian at Biz Town Tempe. (Photo by Bill Helm)

“It was really fun,” Mikayla said of Biz Town, the annual Junior Achievement program that teaches economic concepts, workplace skills and personal and business finances in a student-sized town built just for them.

For the fifth consecutive year, Beaver Creek School has incorporated Biz Town into its social studies and economics programs, as it has sent seventh graders to Biz Town Tempe.

“We send seventh grade because we believe it’s an influential point in their lives as they begin to make decisions for their future,” says Karin Ward, superintendent at Beaver Creek School.

Though she’s only 12 years of age, Mikayla seems to have an idea for getting into the movies.

“I plan to move somewhere big, work at a Starbucks until I get going,” she says. “Then I’ll go to auditions.”

That one day her pupil could be on the big screen would not at all surprise Ward.

“She’s quite the actress,” Ward says. “Even when she was in kindergarten, I could count on her to perform. She’d do anything.”

According to Ward, Biz Town is built for students “to have a stimulating experience.” Though Mikayla has caught the acting bug, she played the role of a bookworm at Biz Town.

“We used iPads and got to go to all the stores,” Mikayla says. “My job was librarian. I had a husband and a child – a girl. We had to create a budget to help the family.”

Fortunately for her, Beaver Creek students were given a booklet to prepare in advance for the program’s financial component.

“We couldn’t leave until we made a budget, and then we could go shopping.”

Once in the consumer world, Mikayla and her family bought groceries, two cars and a two-story home.

At Biz Town, students can work as an employee on a business team, price the products and services they provide, act as consumers and producers within a functioning economy, manage their personal finances, practice responsible citizenship by voting and paying taxes, and implement a marketing campaign for their business.

The curriculum is led by teachers and is geared toward the enhancement of student understanding of work ethic, economics, leadership, and teamwork.