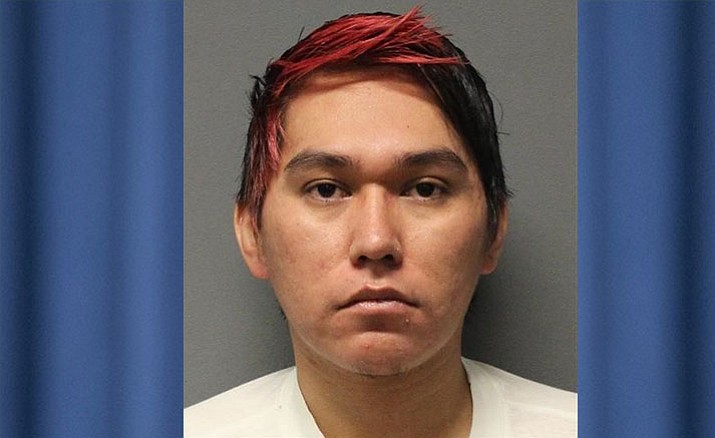 COTTONWOOD — On Jan. 13, the Phoenix Police Dept. contacted Cottonwood PD requesting assistance in attempting to locate a 15-year-old female runaway from their jurisdiction.

Officers received information the 15-year-old female was believed to be in the company of an adult man who had been communicating with the juvenile through social media under the user name “Kiru Eternel” and he possibly worked at a business in Cottonwood, according to a news release from Sergeant Monica Kuhlt, professional standards division for Cottonwood PD.

The news release states officers were able to identify the man as Aelynn Peytekewa, a 27-year-old Cottonwood resident. However, officers were unable to locate Peytekewa or the 15-year-old runaway that evening.

The parents of the runaway persistently shared information about their missing daughter through social media. The parents were also in contact with the Cottonwood Police Department.

As the investigation advanced, with assistance from the parents, Prescott PD, Prescott Valley PD and Yavapai County Juvenile Detention, the 15- year-old girl was located in Prescott a couple of days later.

Additional interviews were conducted with the girl and her parents by Cottonwood PD and Yavapai County Sheriff’s Office detectives. As the investigation continued, it was revealed the runaway was brought to Cottonwood around Jan. 11 by Peyketewa, whom she had met online approximately two years ago. The investigation also revealed the two to be in a sexual relationship.

Jan. 17, Cottonwood detectives, assisted by YCSO detectives, executed a search warrant at Peyketewa’s Cottonwood residence where additional evidence was located. Peyketewa was home at the time and arrested without incident. He was booked into the Yavapai County Detention Center on eight counts of sexual conduct with a minor. He is currently being held on a $500,000 bond.

Cottonwood Detective Aaron Scott said, “The successful conclusion of this investigation was achieved as a result of multiple local agencies working together toward a common goal. Furthermore, the victim and her family’s cooperation greatly aided in seeing this investigation through to a positive resolution.”

In June 2017, Aelynn’s 23-year-old brother, Jayd Lawrence Roger Peyketewa, was arrested in Yavapai County for luring a minor for sexual exploitation. In December 2017, Jayd Peyketewa was arrested for failure to register as a sex offender; he subsequently pleaded guilty to both and is awaiting sentencing, according to the news release.