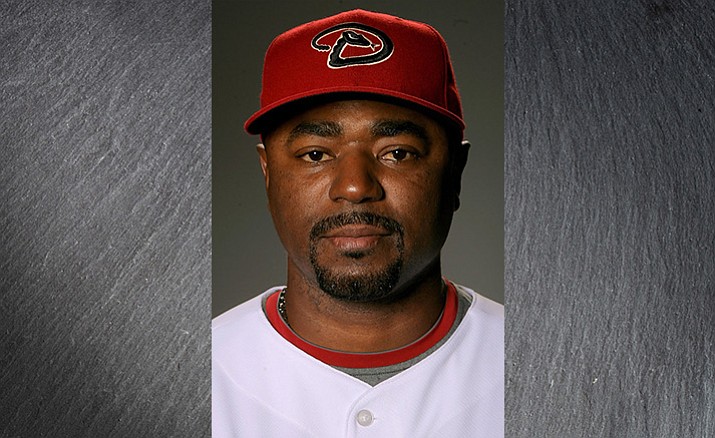 TEMPE – The last time Tom “Flash” Gordon played in a professional baseball game was 2009 with the Arizona Diamondbacks. Although almost a decade has passed since Gordon took the mound in Phoenix, he found himself back on a pitcher’s slab last weekend in Arizona for a different reason.

Last Friday through Sunday, Major League Baseball and USA Baseball partnered for the second annual “Dream Series,” which highlighted the nation’s top pitchers and catchers from a diverse group of inner-city players.

Former MLB pitchers Gordon, LaTroy Hawkins and Darren Oliver took part in the weekend’s festivities in hope of helping many of the young athletes who were in attendance to bond. The players ranged from eighth grade all the way to seniors in high school.

“I have a lot of them in me. I came from some of the neighborhoods and backgrounds that they have come from …” Gordon said. “Coming from a small country town, living in the projects, walking to school and just kind of having a feel and a vibe for what Negro League baseball was like coming from my little small town … I always just wanted to give back in that sense.”

The “Dream Series” is a part of the MLB Breakthrough Series, which was established in 2008 and aids in creating a platform for various baseball players of all different backgrounds and ethnicities.

“Baseball is played in so many places and so many countries and so many backgrounds,” Gordon said. “We are seeing so many great things and these youngsters now got the internet and all they have to look at, and they can go out and get this information.”

Gordon was a member of the Diamondbacks during his last season in Major League Baseball. The hard-throwing right-hander had a 21-year MLB career and was a three-time All-Star.

The camp featured talented players from around the country, and there were a number of Division I commitments, including 2019 UCLA commit Xavier Carter and Vanderbilt commit C.J. Rodriguez.

However, one of the most intriguing players at the camp might have been a young athlete from the Phoenix area.

Right-handed pitcher Derek Mitchell is in eighth grade and is not set to graduate until 2022, and he took part in the weekend’s camp.

“It’s been a great honor to be here, just learning from the MLB players that have played in the past,” Mitchell said.

The young athlete currently attends Chandler Preparatory Academy, and he has not yet decided on what high school he will attend next season.

Along with Mitchell, Apollo High School product Manny Macias was in attendance for the weekend’s festivities to round out the list of local players from Arizona.

Macias is in his junior season and he has aspirations to attend the local schools within the state at either ASU or Arizona.

“I am just trying to get myself out there. I just want to be an in-state guy,” Macias said.

Although the two local products were able to represent the state of Arizona, they also got to know some of the talents from around the country.

All of the high school athletes stayed at the same hotel, and the weekend not only served as a full day at the diamond, but it allowed the players to get to know one another as they all look to embark toward a similar goal of playing collegiate or professional baseball.

“I got to make a lot of new friends,” Macias said. “It’s really crazy since they are from all over the country, and obviously I will stay communicating with them.”

The camp allowed for a full weekend of baseball during a time that many players from around the country are accustomed to cold climates in January.

With yet another successful year of the “Dream Series,” it looks as if the camp might become a mainstay in Arizona.

“For those youngsters who want a really big challenge and who want to be involved in the game and who want to learn the game, this is the place to be,” Gordon said. “Baseball is still the best game in sports and in the world, and that’s what I believe, so to give these youngsters an opportunity to see that their skill set can really be developed and learned…they can take it to higher heights.”