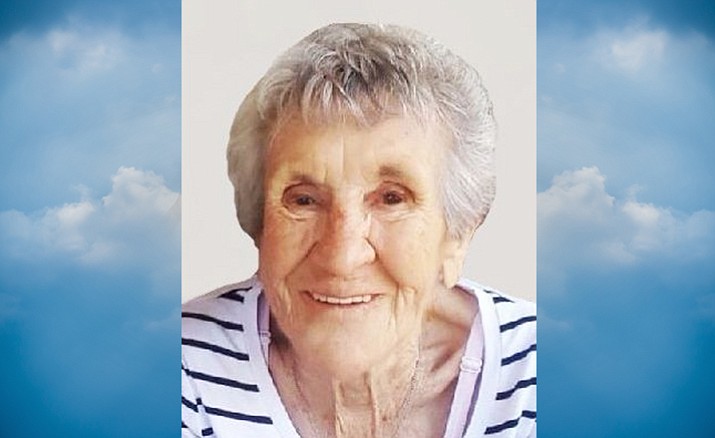 Mary Ellen Kaus Makey, age 89 from Cottonwood, went to be with her Lord on January 19, 2018 at Valley View Care. She was born on April 15, 1928 in Sidney, Nebraska to Joseph and Frances Kaus. Her parents were blessed with 10 children; 7 sons and 3 daughters. She was the 5th child.

Her earliest memories were riding horses to school and packing a lunch of lard sandwiches on homemade bread. She quit school her senior year; but earned a GED diploma in 1974 (the same year her son graduated high school.)

She married Dale “Red” Bowman in 1954. Three children were born to the union (Karen, Steve and Aggie). She married Robert “Bob” Makey on April 10, 1971. They actually met when she was 18 and he was 14. Even though Mary was the love of Bob’s life, it would be 28 years before they married. They enjoyed 45 years of marriage. Together they shared a passion to help others.

Mary is survived by her daughters Karen (Rodney) Schlotfeld of Cottonwood and Aggie (Brad) Collopy of Gering, NE. She was blessed with 7 grandchildren and 11 great-grandchildren. She is also survived by sister Rene Jackson of Salem, OR and brother Harold (Janet) Kaus of Morrill, NE. She was preceded in death by her son Steve Bowman and husband Bob Makey.