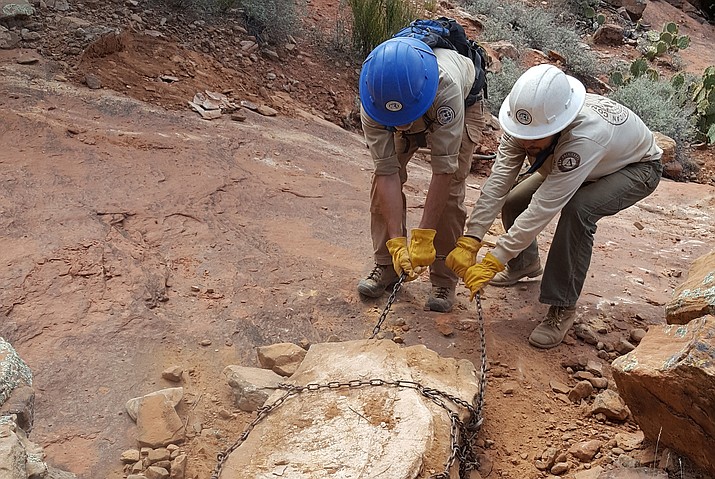 The Big Park Regional Coordinating Council unanimously agreed at its Jan. 11 meeting to endorse a vision of community support for maintaining the area’s Red Rock trails.

Drafted by the Red Rock Trails Sustainable Funding Work Group on June 30, 2017, the Vision Statement was created after five community meetings were held between October 2016 and May 2017. To date, ten community organizations, the Sedona City Council, and now the Big Park Council, have endorsed the statement. Villager, Paul Sullivan, was our Council representative on the Work Group.

The endorsement does not require any specific financial obligation from the Council. During Council discussion on the issue, one member stated that it was a “no-brainer,” since many Big Park residents are avid users of the local trails.

Residents and visitors from around the world enjoy the area’s world-renowned trail system. But there is a cost attached to sustaining this invaluable resource. According to the Forest Service Red Rock Ranger District the annual cost to maintain the more than 250 miles of trails in the area is roughly $425,000. In 2016 federal funds covered only 25 percent of that need, with the 2017 budget 13 percent lower.

Forrest Saville, Red Rock District Trail Manager, was on hand to explain the basics of trail maintenance and its importance. He told the group that “to sustain useful trails in these sandy soils around the Village and Sedona, trail maintenance is needed on pretty much every trail every year.”

Maintenance costs are offset in part by more than three thousand annual hours of volunteer trail work contributed by Friends of the Forest, Verde Valley Cyclists Coalition, and other community trail advocates.

To buffer funding shortfalls, several community organizations have stepped forward over the last two years to raise money for trail maintenance. The City of Sedona, Sedona Chamber of Commerce, Sedona Red Rock Trail Fund, and the Verde Valley Cyclists Coalition have been successful in garnering a total of more than $100,000 annually.

The need for trail maintenance does not end, and it is not anticipated that the Forest Service will be able to perform critical maintenance without community support. To this end, individuals and organizations interested in making donations to support trail maintenance can contact the Sedona Red Rock Trail Fund (www.redrocktrailfund.org) or the Verde Valley Cyclists Coalition (www.vvcc.us).Both are non-profit 501(c)(3) organizations.