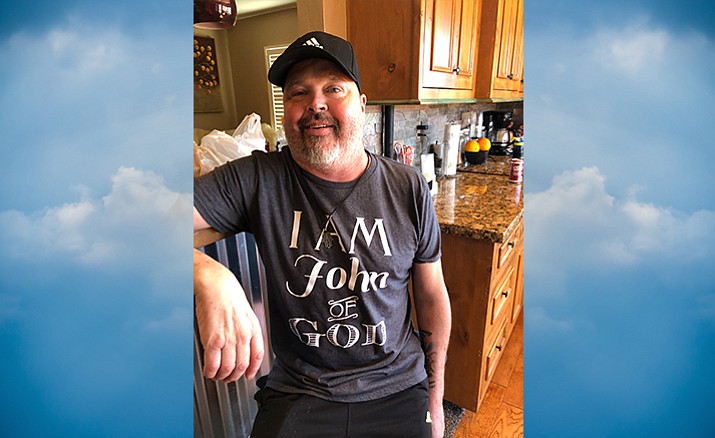 John M. Lacaire died peacefully at the Valley View Care Facility in Cottonwood, AZ on January 19, 2018 at the age of 50.

John is survived by his son Addison Lacaire, his pride and joy. John also leaves his sister Debbie and her husband Paul of North Brookfield, MA and their children Adam, Ross and Jenna. He leaves a brother Steven and his wife Mary and their son Matthew, as well as his sister Susan Goodwin. John was predeceased by his mother Jeannette M. (Jolicoeur) Lacaire and his father, Richard N. Lacaire. John also leaves his fiancé Stephanie Westerman and her son Emmitt of Phoenix, AZ as well as many aunts, uncles and cousins. One special cousin Kristen “Lacaire” Graham and her husband Gary of Sedona, AZ who thru this past year has been John’s main care giver and organizer. He also leaves his ex-wife and mother of his son, Terra Durfee and her family, Jamie, Garrison and Kennedy. John also leaves behind Marie Baxter, Jim Byers, Brad Skornick and Michelle Hemingway, all who were special to him in their own way.

John was born on September 28, 1967 in Worcester, MA. He attended David Prouty High School and then joined the working world where for a short time did some plastering but then moved on to residential and commercial flooring contracting until he moved to Arizona 14 years ago where he became a remodeling contractor as well.

John was an avid outdoorsman which he passed onto his son, Addison. He taught him to enjoy all these things and they spent a lot of time doing them together. John had an infectious smile that would light up the room. He never met a person that wasn’t his friend – everybody knew him. John was grateful to have had a final visit back to Massachusetts this past summer where he got to visit with many family members and friends.

There will be a Celebration of Life in Massachusetts this summer.

There will be a Celebration of Life in Sedona in late February.