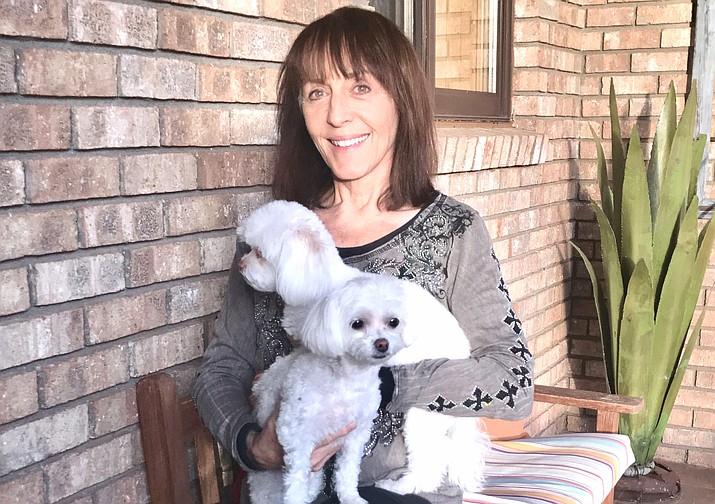 Pamela St. Germaine loves sharing the details of her life full of miracles.

Raised in a suburb of Kansas City, the youngest of three children, she had a happy childhood riding bikes, playing outdoors, and spending summers on her aunt’s 200 acre farm. Dad sold insurance and, in 1952 (when Pamela was five), Mom opened a flower shop, and Pamela became a latchkey kid.

1952 was also the year Pamela was diagnosed with polio and quarantined in a hospital, in a large room full of children with the disease. Iron lungs lined one side of the room and she could hear the children in them crying out for help. Pamela was in an “oversized metal crib, like a cage,” in pain, right side limbs drawn and shriveled and constantly crying because she wanted her parents. Due to her continual sobbing she was eventually placed in solitary. One night her dad rushed in, scooped her up and ran through the halls, her mother trailing close behind, the medical staff chasing after them telling them they couldn’t take her because she was under quarantine. They took her to a Catholic hospital where the staff performed the (Sister) Kenny method of treatment, prayed over her, made sure her parents knew how to perform the treatments, and sent her home. Pamela regained full use of her arm and leg and attributes it to the constant prayers on her behalf.

Married at 17, raising three daughters (Aimee, Sedona; Lisa and Loring, Kansas City), she worked as a paralegal off and on for many years. One night a semi-truck struck and crushed their car. Pamela died instantly and saw the entire scene from above: the destruction, her body under a yellow sheet, fireman using the Jaws of Life to remove her daughter from the car. She remembers saying, “So, that’s what happened.” A voice told her it wasn’t her time. “Your daughters need you,” it spoke, and she rushed back to her body.

A collapsed lung, dozens of broken and crushed bones, a broken back and crushed right leg and paralysis from the waist down were some of the trauma she faced. Again, she attributes her life and healing to prayer and a gracious God. It was a very long road to recovery, but she and daughter Lisa braved it together.

Another time Pamela almost died from hemorrhaging. The doctors and nurses later told her based upon her blood loss it was a miracle she was alive. Pamela attributes it to an angel guarding her and keeping her awake throughout the night.

In August of 2017, Pamela was diagnosed with cancer. She finished her treatments a few months later and now has a clean bill of health. She again attributes her healing to prayer and God’s intervention. She is so grateful that, together with her doctor, Beth DuPree, she is starting a breast cancer support group, Sedona Breast Friends, hosted by Dupree’s Healing Consciousness Foundation. For additional information you can contact Pamela at 928-821-0688.