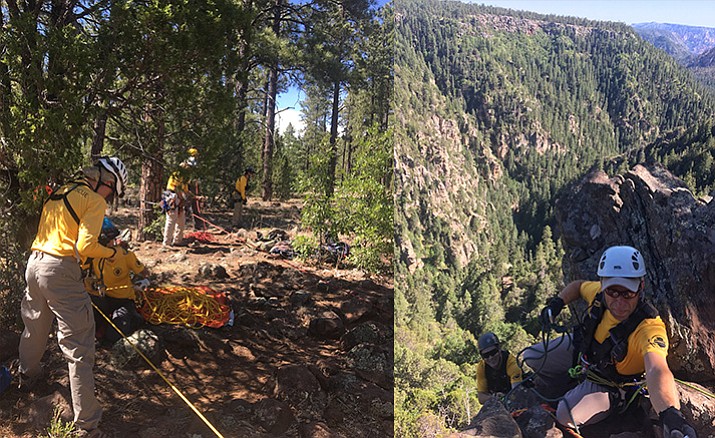 Members of the Coconino County Sheriff's Office and other local agencies helped rescue a victim in a climbing accident Monday.

At approximately 1:15 p.m., CCSO received a 911 call about a climbing accident at Oak Creek Vista off of State Route 89A, according to a CCSO news release. Multiple agencies responded to assist in the rescue of the injured climber.

The 57-year-old male from Tucson sustained a back injury when he fell approximately 20 feet at the end of his rappel, according to the news release.

Due to the location of the man and the nature of his injuries, Search and Rescue established a technical rope system to lower a rescuer and basket litter to the patient, the news release stated.

Highlands Fire and Guardian Medical personnel had hiked to the man's location to provide initial treatment and help prepare the patient to be raised by the rope system.

The Search and Rescue litter attendant and the patient were then raised via a mechanical advantage rope system to the top of the canyon and carried out to the waiting ambulance, according to the news release.

The man was transported to Flagstaff Medical Center for treatment of his injuries.