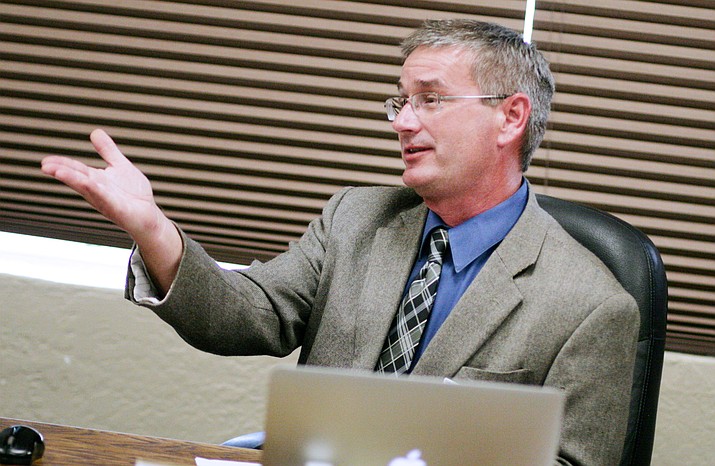 COTTONWOOD – A year ago, Oak Creek School was home to about 230 students.

With a month to go before the new school year, the Cornville school has already enrolled 300 students, according to Cottonwood-Oak Creek School District Superintendent Steve King.

About 60 of those students, King said, attended Sedona’s Big Park Community School a year ago – a school that no longer exists.

“It’s a pretty big jump,” said King, who pointed to the four new teachers the district has hired to accommodate the school’s growing population.

As of Thursday, Cottonwood-Oak Creek has hired six teachers and two support staff who worked last year in the Sedona School District.

“They don’t always list if they were at Big Park or another campus,” King said.

Because Big Park was an elementary school, the bulk of its school’s students to have enrolled at Oak Creek School are K-5, King also said.

As Cottonwood-Oak Creek is an open-enrollment district, King also said he expects “there could be more” students to enroll from Big Park.

On Tuesday, Cottonwood-Oak Creek School District’s governing board is expected to approve its fiscal year 2018-2019 budget.

According to Snyder, the raise is mostly a result of money Gov. Doug Ducey recently promised the state’s schools.

To get to the 12-percent teacher salary raise, Snyder said the district also factored in inflationary increase.

The Cottonwood-Oak Creek School Board will hold a budget public hearing at 5:25 p.m., followed by its regularly scheduled monthly meeting at 5:30 p.m. at the District Office, located at 1 N. Willard St. in Cottonwood.

A copy of the agendas, including the proposed budget, can be found at https://www.boarddocs.com/az/cocsd/Board.nsf/vpublic?open.