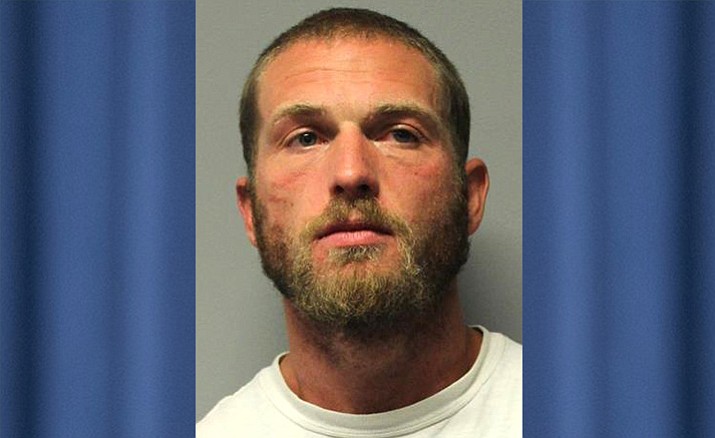 A 30-year-old Bridgeport man has been arrested and jailed on several charges stemming from his failure to notify authorities of his address change as required for convicted sex offenders, according to a news release from the Yavapai County Sheriff’s Office.

This was the case with 30-year-old Andrew Ryan Adams, a level 3 (high-risk) offender, said D’Evelyn.

Detectives were notified that Adams failed to register an address change within 72 hours with the Yavapai County Sheriff’s Office as required.

In June, Adams moved from his residence on East Bridle Path Road in Bridgeport to an undisclosed location in the Village of Oak Creek.

Investigators learned Adams had not been living at his Bridle Path home for approximately one month.

On July 2, detectives received information that Adams had two Facebook profiles not registered with the Yavapai County Sheriff’s Office. Detectives were able to positively identify the Facebook profile photographs as those of Adams and noted activity indicating he was using the accounts on a regular basis. An additional charge under the false entry statue was included due to his withholding of the electronic identifiers on the registration document.

On July 3, detectives conducted surveillance at a location in the Village of Oak Creek where they learned Adams might be staying. When a vehicle left the location containing a man matching Adams’ description, a traffic stop was conducted. Adams was inside and arrested. A search revealed marijuana and meth pipes, resulting in two more charges.

Adams has a history of sex offender registration violations, including three violations since 2008, said D’Evelyn.

Adams was booked at the Camp Verde Detention Center and remains in custody on charges involving several registration violations. His bond is set at $50,000 bond.

November 2014, he was again convicted for failing to register as a sex offender.

Adams is currently on parole and is considered a high risk offender, said D’Evelyn.