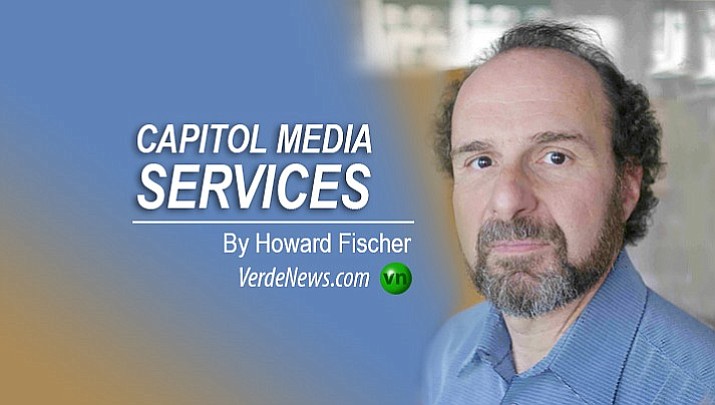 PHOENIX -- A new lawsuit seeks to block Arizona from enforcing its ban on “ballot harvesting’’ for the upcoming election, claiming the state has no legal authority to regulate who can and cannot deliver someone else’s mail.

In legal papers filed in federal court, attorney Spencer Scharff is arguing that only Congress has the right to regulate the U.S. mail. And he said that once someone puts a ballot into an envelope which has prepaid postage on it, it becomes “mail.’’

What all that means, said Scharff, is a 2016 statutes that makes it a felony to collect early ballots and deliver them to polling places is preempted by federal law. And he is asking U.S. District Court Judge Douglas Rayes to put the law on “hold’’ until there can be a full hearing on the issue.

There was no immediate response from Attorney General Mark Brnovich who is named as defendant in the lawsuit. Rayes is scheduled to talk with attorneys from both sides about the lawsuit this coming week.

The law at the heart of the litigation is aimed at what has been called “ballot harvesting,’’ offering to return the early ballots that people had been sent but forgotten to mail back.

Until 2016, both major parties had engaged in some form of the practice. But it was the Democrats and political allies who were more active, going out and canvassing neighborhoods, particularly in Democratic areas, to boost voter turnout.

The 2016 law, pushed by Republican lawmakers, makes it a felony to handle anyone else’s early ballot, with violators subject to a year in state prison and a $150,000 fine. Proponents of HB 2023 said it was designed to preclude fraud, or even the potential of fraud.

Earlier this year, Rayes threw out a challenge brought by the Arizona Democratic Party and others. The judge rejected their claims that the law will create a hardship, particularly for minorities.

And while Rayes said there has never been a case of voter fraud associated with ballot collection, the Legislature “need not wait until a problem occurs to take proactive steps it deems appropriate.’’

That case is on appeal with a hearing set before the 9th U.S. Circuit Court of Appeals later this month.

This new lawsuit is based on a more basic legal question of whether the state has any authority to enact such a law.

“HB 2023’s prohibition against collecting and delivering a voted or unvoted early ballot constitutes the regulation of U.S. Mail,’’ Scharff wrote in the new lawsuit.

He said that since 1792, Congress has exercised its authority to regulate the handling of the mail. And Scharff said federal law specifically allows private individuals to deliver mail as long as they don’t charge for the service and interfere with the monopoly the government has in delivering what constitutes “mail.’’

“Thus, HB 2023 is preempted by federal law because it prohibits permitted methods of private carriage of mail-in ballots,’’ Scharff wrote.

The lawsuit is being brought on behalf of Rivko Knox, a member of the League of Women Voters of Arizona and also a precinct committeeperson for the Democratic Party.

According to the legal papers, Knox makes a regular habit of going door-to-door, whether an election year or not, to register voters, raise awareness of candidates and encourage participation in the democratic process.

More to the point, Scharff said Knox encourages voters to fill out and mail their early ballots. And until the law took effect in 2016, he said Knox would deliver the early ballot of someone who made a request for her to do that.

That all changed with the new law which Scharff said prevented her from taking those ballots to polling places even though she knew that it was too late for voters to put them in the mail and have them reach county offices by election day.

Now he wants Rayes to review the law from the perspective of federal preemption of state laws dealing with the U.S. Mail and declare that legislators acted illegally.

There are some exemptions to the 2016 law and its penalties.

It does not apply to family members related to a voter by blood, marriage, adoption or legal guardianship. People who reside in the same home also can hand deliver someone else’s ballot, as can a “caregiver’’ who works with people in nursing homes, assisted living facilities, adult day day facilities or similar places.