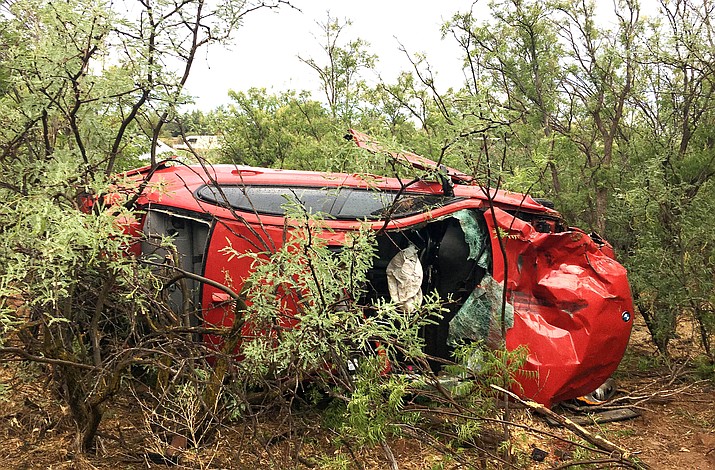 A Cottonwood man is dead and a Camp Verde man is in the hospital following this vehicle-pedestrian collision Tuesday night near the SR260-Western Drive intersection. VVN/Bill Helm

At that time, a BMW passenger vehicle, being driven by a 20-year-old man from Camp Verde, was traveling westbound on SR 260 at a reportedly high rate of speed when the vehicle struck a pedestrian at Western Drive, Mehr said. “After striking the pedestrian, the vehicle went off the road into a ravine,” Mehr said.

The pedestrian, identified as Jesus A. Zazueta, 31, from Cottonwood, died at the scene from injuries. The driver of the passenger vehicle was airlifted to the Flagstaff Medical Center, where he was admitted for treatment of injuries.

The road was blocked until Wednesday morning, when it was reopened at 8:51 a.m.

This collision is still under investigation, said Mehr.