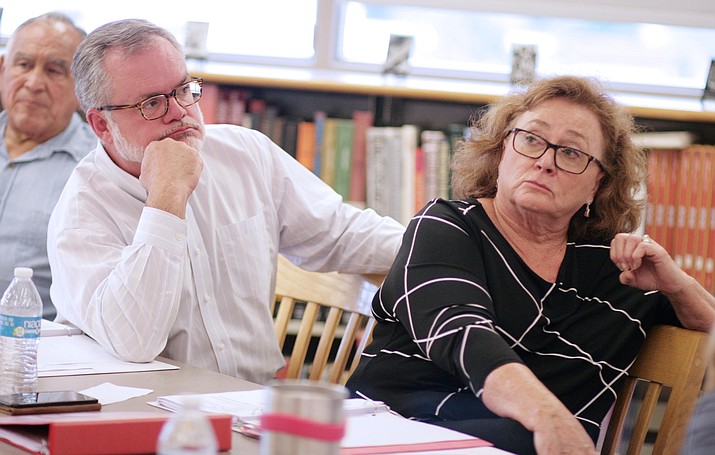 The lawsuit “challenges the constitutionality” of the recently passed consolidation statute, A.R.S. § 15-459.

The lawsuit "alleges that consolidation proponents circulated petitions to place the question on the November 6, 2018 general ballot without any legal authority,” according to a news release sent out by the district.

The news release cited the Committee for Better Upper Valley Schools, which was the forefront in circulating petitions.

“The Committee paid circulators to gather signatures and filed its petitions with the Yavapai County School Superintendent on June 4, 2018,” the news release states.

The news release states that the statute authorizing consolidation does not become effective until Aug. 3, 2018, “thus, there is no legal basis to hold this election.” It also states that consolidation “would trigger instability” in the Valley Academy of Career and Technology Education programs since the new district would not be part of the academy’s charter.

Carter said his office is named as a defendant in the suit “because we’re parties to the process.”

“It’s a process they have to go through because they want to stop the election,” Carter said. “Suing me, suing the board of supervisors, suing the recorder, suing the election director.”

According to Carter, plaintiffs in the suit are the Mingus Union High School District, as well as three Yavapai County electors Michael Westcott, Cyndi Ricca, and Kassidy Thagard.

Mingus Union Superintendent Penny Hargrove could not be reached for comment.