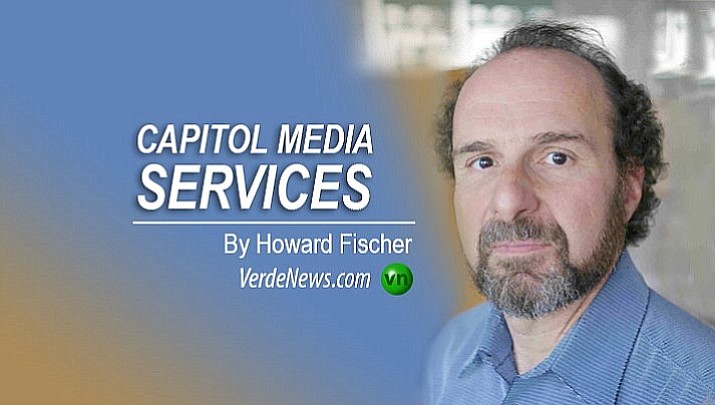 PHOENIX -- The failure of a federal agency to mark an overhead cable does not make the government liable for the death of a helicopter pilot who flew into it, the 9th Circuit Court of Appeals ruled Friday.

In a unanimous decision, the three-judge panel acknowledged that the cable installed by the U.S. Geological Survey about 40 feet above the Verde River was “virtually invisible’’ to aircraft pilots. It was that cable that a helicopter piloted by 70-year-old Raymond Perry, owner of Arriba Mexican Grill, struck in 2012, killing him and his three passengers.

But Judge Margaret McKeown, writing for the court, said the agency did nothing wrong in deciding not to place markers or warning signs.

She said the agency adopted Federal Aviation Administration regulations. And they require that only objects more than 200 feet above ground level must be marked.

Anything else, the judge said, is within the “discretionary function’’ of the agency -- even in matters of public safety.

There was no immediate response from the attorney who represents Perry’s estate.

According to the National Transportation Safety Board, the helicopter was flying low through the Verde River Canyon nearly 7 miles southeast of Camp Verde when it collided with the cable.

Aside from the cable being too low to require marking, the NTSB said that the accident occurred within a designated “special conservation area,’’ a place the FAA recommends avoiding. And if that is not practical, the FAA recommends that pilots “should make every effort to fly not less than 2,000 feet above ground level.’’

That NTSB report also said that the levels of an antihistamine in Perry’s system also likely contributed to the decisions he made, with “cognitive and psychomotor impairment.’’

In filing suit, Perry’s lawyer said the U.S. Geological Survey should have marked the cable.

At the center of the issue is the cable in the Prescott National Forest, installed in 1934 to allow government employees to have access through a cable car to monitor the flow of the stream at that point.

McKeown acknowledged that the USGS has repeatedly considered the question of whether to mark its cables. That also involved looking at cables that were less than 200 feet off the ground, using factors like past accidents and aircraft in the area.

But in the case of the Verde River cable, she said the agency determined there were no prior accidents. Other reasons for deciding not to put lights or other markers on the cable, the judge said, included the cost of installation and the risk to employees installing markers.

And McKeown said markers would have impaired on efforts by the Forest Service to “minimize or eliminate visual distractions’’ given the river’s designation as a “Wild and Scenic River.’’

All that, she said, means that USGS did nothing wrong in exercising its discretion not to put markers on the cable. And the judge said she and her colleagues were not convinced that government agencies cannot exercise discretion when considerations involve public safety.

McKeown made clear, though, that there are limits to the ability of agencies to exercise discretion.