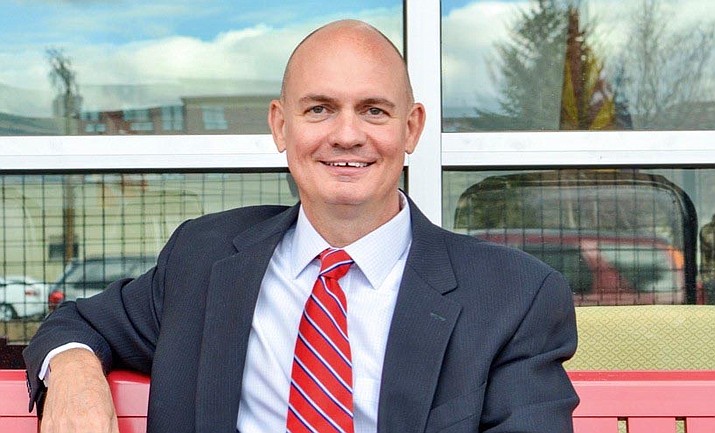 Elective and Advisory Experience: Successfully led the Elevate Flagstaff campaign, an initiative that placed a repeal of the job-killing $15.50 minimum wage in Flagstaff on the November 2018 ballot.

Currently serves as Chairman of the Flagstaff Airport Commission.

Also served as a founding member of the Northern Arizona Military Affairs Council (NAMAC), on the Regional Transportation Planning Steering Committee, the Economic Collaborative on Northern Arizona Business Attraction Committee, and the Flagstaff Charter Review Board.

Where in Legislative District 6 do you live?

Was there a community issue that caused you to seek this office? Explain.

If not, what has prompted you to seek office in Legislative District 6?

I live in Flagstaff and have been advocating on behalf of the small business community to City Hall and the State Legislature for quite some time.

I feel that I able to make an even bigger positive difference in reducing the size and scope of government as your next legislator representing LD6.

What do you view as the most important issues facing the Verde Valley and what legislative remedies would you sponsor to deal with those concerns?

The Verde Valley is experiencing tremendous growth and opportunity along with increased tourism which are all positive.

Infrastructure work such as the SR 260 road improvements will make a big difference in traffic flow.

A lack of affordable housing particularly in the Camp Verde area is of concern but I believe that the private market will step in to correct that issue as the lack of supply is the main reason for that.

Sustainable long-term water availability will always be an issue in Arizona and certainly in the Verde Valley.

I believe that will come up in the next legislative session.

Of course, issues such as quality education, jobs and infrastructure are high on the list of issues I hear about when interacting with people in the Verde Valley and the entire district.

Arizona currently spends 55.6 percent of its budget on education.

I do believe in further investing in technical education through our Joint Technical Education Districts and partnering with our High Schools and Community Colleges to ensure those that are interested can learn a trade in the type of jobs are needed for our economy to continue to thrive.

It is important to keep taxes and the regulatory environment low in order for businesses to thrive and new jobs to be created.

What is your position on immigration reform and what is the state’s role in concert with the federal government in achieving fair, reasonable immigration policy in Arizona and the other border states?

Arizona and the Federal governments’ responsibility is to her citizens.

It is up to the Federal government to enforce our border laws and I support Governor Ducey’s efforts of adding additional resources at the border in order to reduce the violent crime that comes across our borders.

Enforcing eVerify, the system of checking ones citizenship prior to gaining access to work in this country is important.

Talks of immigration reform can begin once our border has been secured.