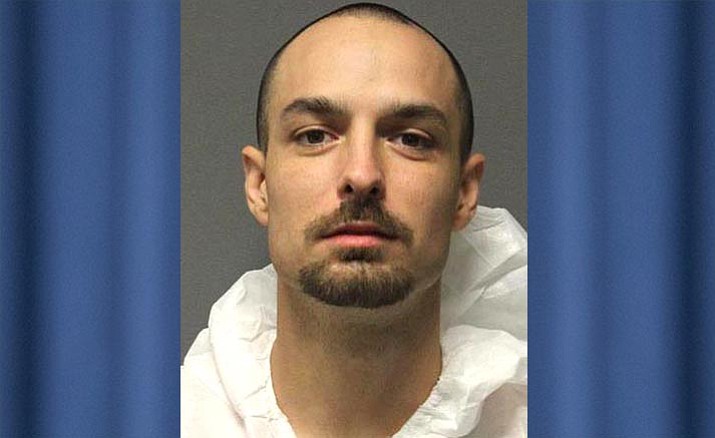 CAMP VERDE -- A case where a Phoenix man is accused of murder as well as plotting to kill his co-defendant continues as the defense attempts to work on a counterplea.

Levi Jones, 29, appeared in custody Monday for what was supposed to be a conclusion of his Donald hearing. Tony Gonzales, Jones’ state-appointed defense lawyer, requested a continuance to give the defense more time to offer a counterplea. Jones is scheduled to appear again Monday, Sept. 17, 4 p.m., at the Yavapai County Superior Court.

Jones was arrested in October 2016 after a shooting at the old Camp Verde Circle K resulted in the death of a 31-year-old Camp Verde man. He is facing charges of one count of first-degree murder as well as several counts of disorderly conduct with a weapon.

According to earlier reporting by The Verde Independent/Camp Verde Bugle, Jones and a woman approached “Kyle” John Warren Silva and another woman in the parking lot of the Circle K. They all knew each other.

Silva’s mother, Shelly Watson said in an interview that her son’s death rocked the community.

“This devastated my entire family,” she said. “He was bigger than life … he was loud and had a laugh that would make you crazy.”

A former wildland firefighter, Silva had two children. His fiance, Katrina Faust said he loved the mountains and camping.

“He was taken too soon,” she said. “I don’t think I could have found anyone who loved my kids the way he loved them or me.”

Jones also faces additional charges in a murder-for-hire plot. According to a Yavapai County Sheriff’s Office news release, Jones conspired to commit first-degree murder of his co-defendant, Jill Buckley, while in custody at the Camp Verde Detention Center between May and June of 2017.

He also faces charges of tampering with witnesses and promoting prison contraband, according to the release.

The current plea agreement proposed by the state gives Jones a sentence range between 40 and 60 years. If Jones were to refuse a plea agreement, go to trial and be found guilty, he could face a maximum life sentence in prison plus 122 years.