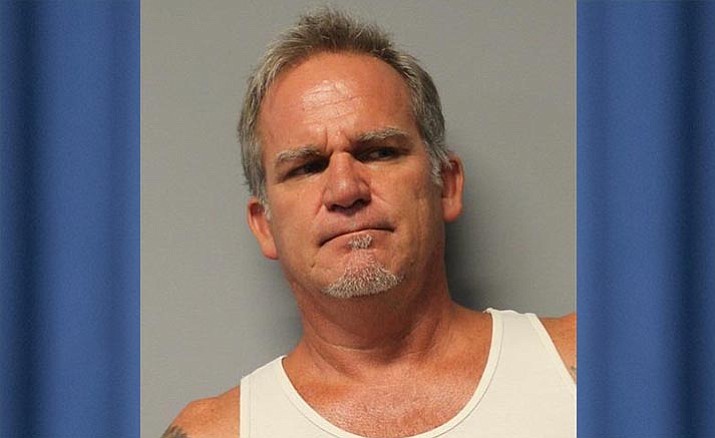 Richard Edwards, 55, Cottonwood, is being held in the Yavapai County Jail on felony charges that include sexual assault, sexual conduct with a minor, sexual abuse, lure minor for sexual exploitation and threatening. He remains in-custody on a $500,000 cash bond. Photo courtesy YCSO

A 55-year-old Cottonwood man has been arrested in connection with the alleged rape of a 14-year-old Prescott girl.

According to Dwight D’Evelyn, media relations coordinator for the Yavapai County Sheriff’s Office, on July 23, YCSO detectives were notified by the parents of their teenage daughter that Richard Edwards, 55, Cottonwood, had sexually assaulted their daughter in their Prescott area home.

“Detectives conducted an extensive interview with the victim who explained that earlier this year, Richard Edwards contacted her on the Snapchat social media application expressing sexual desire for her,” D’Evelyn stated in a news release. “Eventually, Edwards showed up unannounced at the victim’s front door. When she opened the door, he grabbed her and forced her into a bedroom, sexually assaulted her, and threatened to kill her if she talked. No other family was home at the time.”

In the weeks that followed, D’Evelyn explained, Edwards was able to be present in situations that allowed him to continue molesting the girl at other locations. She eventually told a trusted family member and the Sheriff’s Office was contacted, D’Evelyn said.

On July 24, detectives located Edwards at his Cottonwood home and arrested him on felony charges that include sexual assault, sexual conduct with a minor, sexual abuse, lure minor for sexual exploitation and threatening.

D’Evelyn emphasized that detectives learned Edwards was initially able to find the victim via the Snapchat location-sharing feature. Parents/guardians who allow young children/teens access to social media should have unrestricted access to and accounts being used by their children.

“Monitoring social media activity is important to the safety and welfare of young children who may be reluctant to report contact with predators. This oversight by parents could be a lifesaving measure as seen in examples around the country where predators have created the opportunity to harm, injure and even kill their victims,” D’Evelyn advised.

If anyone has further information on Edwards in context to this arrest, please call detective David Moya at 928-771-3278.