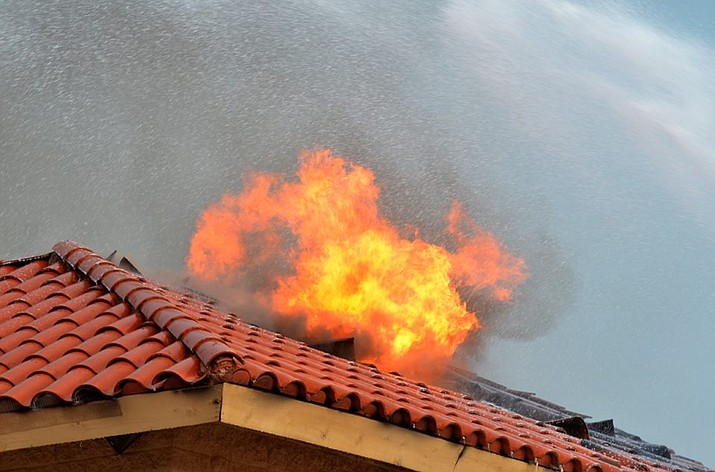 COTTONWOOD – A lightning strike is believed to be the cause of a commercial building fire in the 200 block of Jennifer Drive Thursday afternoon.

Chief Kuykendall said the fire completely destroyed the second story and roof of the structure, which was a multi-suite two-story commercial complex that was mostly vacant. There was also extensive water damage to the first floor of the building due to the vast amount of water needed to control the blaze, he said. Additional on scene assistance was provided by Verde Valley Ambulance Company and the Cottonwood Police Department as well as a response by Arizona Public Service, Unisource and the City of Cottonwood Water Utility. Sedona Fire District also provided assistance by responding to additional emergency calls in the Cottonwood area while local response units were busy with the fire, said Kuykendall.

Kuykendall said initial investigation and interviews with multiple witnesses indicate that a lightning strike on the building is the probable cause of the fire.

A dollar loss figure has not yet been determined.