Down the middle: 23 pro, 23 con statements on consolidation 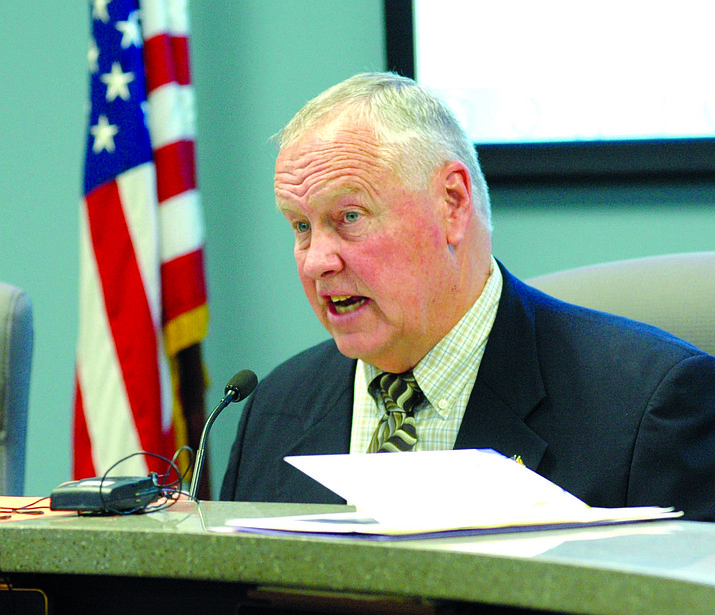 COTTONWOOD – When he first solicited information for a consolidation information pamphlet, Yavapai County School Superintendent Tim Carter said that he would accept pro and con statements from any resident in the Cottonwood, Clarkdale or Jerome communities.

Each statement, Carter said, will be included in the publicity packet, “so long as it meets the statutory guidelines.”

One of those guidelines is that information offered as fact must indeed be fact, he said.

Monday, Carter announced that his office approved 46 of the statements it received.

“Evenly divided, 23 for each side,” Carter said.

By 5 p.m. Aug. 1, Carter’s office will have distributed a draft of the information pamphlet to the governing boards of Cottonwood-Oak Creek, Mingus Union, Clarkdale-Jerome and Valley Academy of Career and Technology Education, as well as the pro-consolidation group called Committee for Better Upper Verde Valley Schools 2018 for what Carter called their “collective, not individual comments.”

Any of the entities who would like to provide on-the-record comments must provide them to Carter’s office by 5 p.m. Aug. 3.

According to Carter, the school boards would “need to actually pass resolutions to suggest specific changes or concerns by a majority vote if they wish to have them considered.”

The political action committee, Carter said, can “simply draft a document and submit it on behalf of the committee.