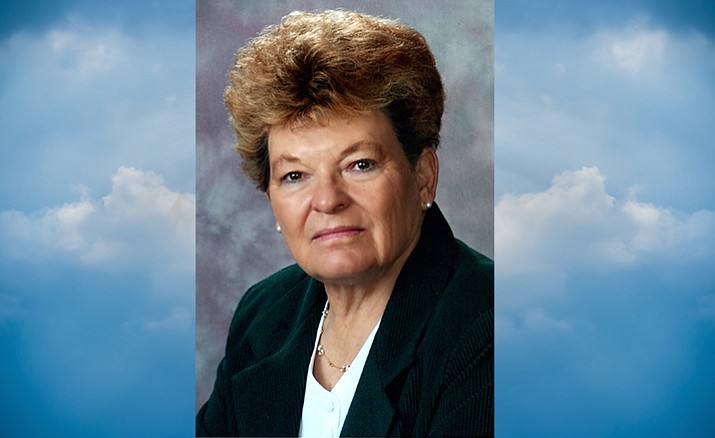 Diane was born Nov. 4, 1934, in Livingston, Montana, to Keith and Margaret Botterud. She moved to the Verde Valley in the late 1960’s where she met and married Harold Lovett in 1977.

She earned her AA Degree in 1976 at Yavapai College.

She wore many hats in her lifetime from mother, wife, grandmother, realtor, horsewoman, community leader, hospital volunteer and friend. Diane loved the Verde Valley and was very involved with the community. She served as board member for the Verde Valley Fair Association, Sedona Verde Valley Board of Realtors, Cottonwood Chamber of Commerce, Old Town Association and Main Street Program. She was a member of the Yavapai County Board of Adjustment, City of Cottonwood Development Review Board, Yavapai County Planning and Zoning Commission where she served six years as Chairman.

Diane’s other passion was for horses and trail riding. She was an avid horseback rider and loved riding on Arizona trails. Her love for horses and riding spurred her to become a founding member of the Rio Verde Roverettes in 1974 and Caballos del Sol Charity Trial Ride in 1994. She was also a founding member of the Verde Valley Horsemen’s Council in 1980. She worked as a member of the Dead Horse Ranch Trails Committee to add the historic Lime Kiln Trail to the U.S. Forest Service system trails and added the Bill Ensign trail to the State Park trail system.

She was a founding member of the Verde Valley Historical Society where she assisted in a historic recreation of the Spanish entrada into the Verde Valley in 1993. She appeared in an article about Arizona trails in Arizona Highways in 1983.

From 2002 to 2008 she was certified member of the Delta Society and would volunteer with her dog, Tuffy at Verde Valley Medical Center visiting with patients throughout the hospital and nursing homes.

She was an incredible, independent and strong woman that will be missed by all who knew her.

She was preceded in death by her husband, Harold; and her sons, Clay Michael and Jeffery Scott Cooper.

A memorial service for Diane will be held Saturday, June 16, 2018, at 2 p.m., at Westcott Funeral Home in Cottonwood. In lieu of flowers, you may make a donation to the Diane Lovett Scholarship Fund with the Rio Verde Roverettes. Make checks payable to: RVR, Diane Lovett’s Scholarship Fund, P.O. Box 92, Cottonwood, AZ 86326.