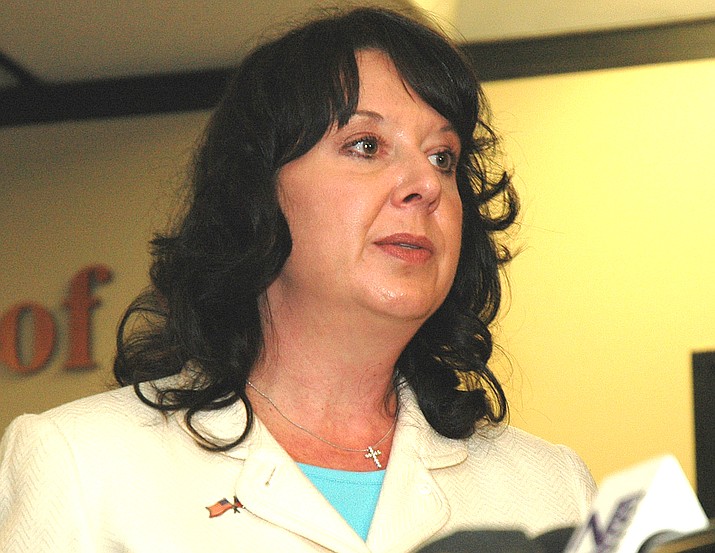 PHOENIX -- The state's top election official has agreed to remove a series of hurdles now in the path of those who want to register to vote.

In a consent degree Monday, Secretary of State Michele Reagan has agreed to:

But the deal, which ends a lawsuit filed last year, still leaves intact laws which say that those who cannot provide citizenship proof are unable to vote in elections to choose statewide, legislative and local officials.

The legal fight has its roots in Proposition 200, a 2004 ballot measure which was part of a broader effort aimed at those not in the country legally.

It requires both proof of citizenship to register and identification when casting a ballot. Proponents said it would ensure that election results are not affected by those voting illegally.

But Congress, in approving the National Voting Registration Act, directed the federal Election Assistance Commission to design a single national voter-registration form to simplify the process. More to the point, that form requires no proof of citizenship but only that those signing up swear, under penalty of perjury, that they are eligible to vote.

In 2013, the U.S. Supreme Court rejected an attempt by Arizona to enforce the proof-of-citizenship requirement on those using that form -- at least as far as federal elections.

What led to this lawsuit was the decision of state officials to refuse to register those who happened to pick up a state form but did not submit the required proof of citizenship, even just to vote on federal races. The result, attorneys for plaintiffs argued, is that at least 26,000 voters in Maricopa County alone were "disenfranchised by these policies.''

The deal, subject to final OK by U.S. District Court Judge David Campbell, spells out that those who submit either the state or federal form will be registered to vote in federal elections, even without the citizenship proof.

Attorney Spencer Scharff who represents the League of United Latin American Citizens and the Arizona Students Association said the deal goes beyond those who cannot produce proof of citizenship and want solely to vote in federal elections.

It also provides some relief to those who do want to vote in state and local elections and are, in fact, citizens.

The issue is that they may not be carrying things like a birth certificate or other citizenship proof when they register. That includes people who sign up to vote during registration drives, including at local libraries or party headquarters.

The key, he said, is an Arizona driver's license.

With only certain exceptions, a state license issued after Oct. 1, 1996 is proof of citizenship. What that means, said Scharff, is that the individual already has provided something like a U.S. birth certificate or passport to the Motor Vehicle Division to get that license.

More to the point, he said that information already is on file with the MVD. Scharff said this deal in essence requires the system used to verify citizenship for voter registrations to check the MVD system and, if there is a valid license, use that as proof of citizenship.

There will be exceptions.

Scharff noted that there are others who are legal residents but not citizens who have state licenses to drive. But he said the MVD records note that fact and the system will kick out efforts to use their licenses as proof of citizenship.

The other key agreement, said Scharff, is better coordination among counties.

Right now, he said, if someone moves from Phoenix to Tucson, any effort to register to vote at the new residence means having to go through the process from scratch, including that proof of citizenship. He said the deal will require the state to develop a database that all county recorders can access to determine if someone seeking to register already has provided adequate proof in another county.