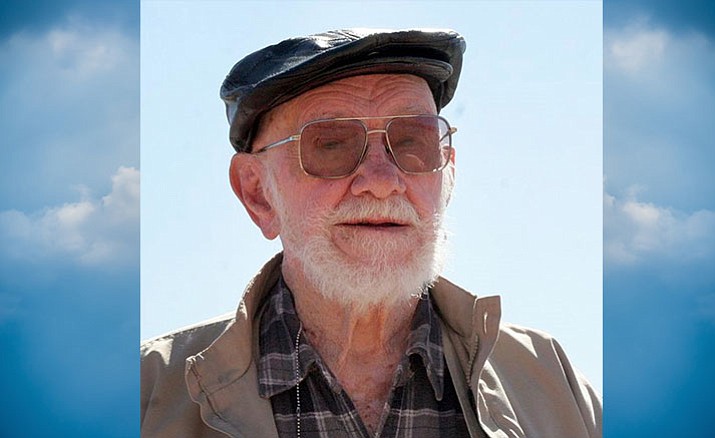 John was born in Fort Scott, Kansas, in 1922, to Guy Charles and Dora Elizabeth (Goins) Hale. He was predeceased by his only siblings, two brothers, Charles and Kenneth Hale.


He attended Fort Scott High School and Fort Scott Junior College and served in the Army Air Corps in WWII, traveling completely around the world. He was stationed in Charleston, S.C., India and Kunming, China, in the China/Burma/India theater of operations.

John married his college sweetheart, Lena Fern Ault, after the start of the war. They were married for 75 years. Lena passed away Christmas Day, 2017. They are survived by their two children, daughter, Karen Matthews (Robert), of Grain Valley, Missouri, and son, Chad Hale of Duncan, Arizona.


John returned to his hometown of Fort Scott after the war and became employed by the Post Office as a mail carrier. In 1953, he left that job and moved the family to Kansas City, Missouri, where he was employed as a lithographer at Hallmark Cards.

Two years after that, the family relocated to the Kansas City suburb of Raytown, Missouri. In 1961, after his daughter married, he moved with his son and wife to Tucson, Arizona.

John and Lena both became employed by the Forest Service, where Lena was a Fire Tower Lookout and John was a Fire Prevention Technician in the Prescott National Forest at Crown King, Arizona, and in the Coconino National Forest at the Happy Jack Ranger District near Clint’s Well on the rim above Payson, Arizona, working in Long Valley and Baker Butte. They both retired from the Forest Service in 1982.

After living in Golden Shores, Arizona, John and Lena moved to Clarkdale, Arizona, and later, to Cottonwood and Camp Verde, Arizona.


John liked to go fishing, golfing, and to do odd jobs in his workshop. He also liked to cast bullets and hand load for his various firearms over the years. His favorite TV show was “Gunsmoke,” which he enjoyed while usually smoking a cigar. One of the few outings he engaged in was to travel to gun shows around the state of Arizona, buying, selling and trading for merchandise.

He will be missed by them and others who knew him.