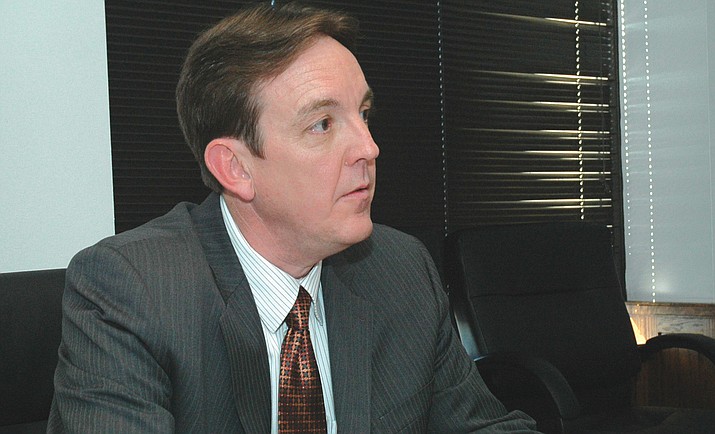 The Secretary of State's Office said Prescott's Ken Bennett submitted 7,833 names on petitions. He needs at least 6,223 of those to be found valid to have his name on the Aug. 28 primary ballot.

PHOENIX -- Political allies of incumbent Gov. Doug Ducey are going to court to keep him from having to face a challenger in the Republican primary.

A lawsuit filed by attorney Kory Langhofer cites a laundry list of what he says are irregularities and mistakes in the petitions submitted by Ken Bennett in his bid for the GOP nomination. The allegations range from signatures that do not match what is on voter registration rolls and the failure of signers to also print their names to incomplete or illegible addresses.

There also are complaints that some petitions were not property verified, meaning all the names on those sheets would have to be discarded.

The Secretary of State's Office said Bennett submitted 7,833 names on petitions. He needs at least 6,223 of those to be found valid to have his name on the Aug. 28 primary ballot.

Bennett did not return repeated messages asking for comments on his signature gathering process or the lawsuit itself.

But in a post on Twitter, the former secretary of state said Ducey "wants to hit 'delete' '' on his campaign.

"I will vigorously defend almost 8,000 voters from having their voices disenfranchised,'' he wrote.

Even if he remains on the ballot, Bennett is the underdog in the race, with money playing a crucial role.

Bennett is seeking the Republican nomination with public dollars. But he is entitled to only $839,704 for that race; if he were to defeat Ducey he would get another nearly $1.3 million for the general election.

By contrast, Ducey already has more than $3.3 million in donations and has spent more than $617,000 of that in his bid for another four-year term.