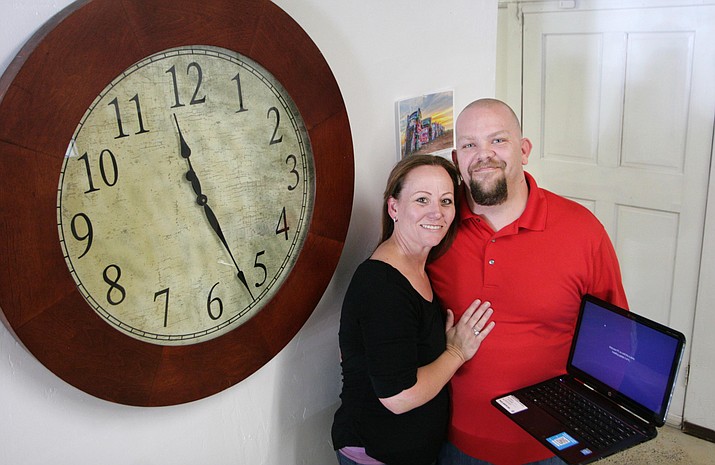 CAMP VERDE – After spending what must have seemed like a lifetime in Tucson, the Piper family now calls Camp Verde home.

After recently opening Memories I.T., the Pipers now endeavor to expand their family to the Main Street community.

Ira Piper was in high school when he began working on computers.

“My grandfather worked on computers in the Air Force, as well as for some companies when he got out of the Air Force,” Ira Piper said. “So he taught me a bunch. Later in life, I went to work for Microsoft for three years. After leaving Microsoft, I opened a computer company in Tucson.”

Tucson is where Ira met his wife Tamara. Married, and with their three children, Tamara said that she knew as a mother of three, “I did not want to raise my children in the city. And Camp Verde has felt like home. Since the day we have moved here, I would never imagine leaving and going anywhere else. I love the Verde Valley.”