Editorial: No real bite in laws designed to protect animals from being left in locked cars 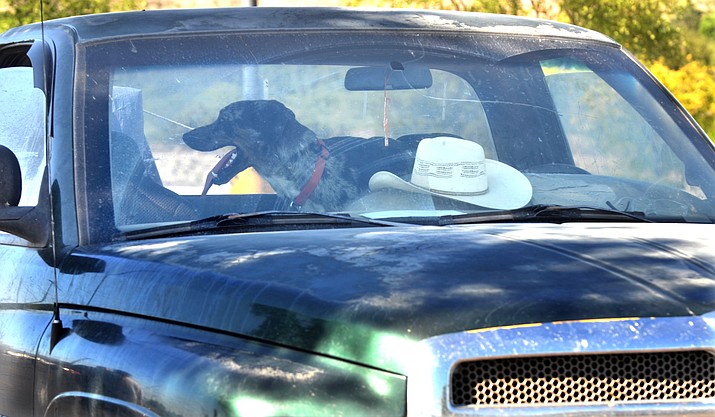 • The laws addressing such acts are inadequate.

There is no shortage of laws that address the issue of leaving pets or children in vehicles during Arizona’s torrid summer heat.

State law allows police and animal control officers to use reasonable force to open a vehicle to rescue an animal if they believe the pet’s life is at risk.

Arizona also has a so-called “Good Samaritan” law that allows ordinary citizens to break out a window or do whatever else is necessary to rescue a child or pet from a locked car.

In Cottonwood, there is a municipal ordinance that makes it a crime to “leave or confine any animal in any unattended motor vehicle under conditions that endanger the health or well-being of an animal due to heat, cold, lack of adequate ventilation, or lack of food or water, or other circumstances that could reasonably be expected to cause suffering, disability, or death to the animal.”

In each application of the law, however, both police officers and “Good Samaritan” citizens are taking a legal risk if they choose to rescue an animal or child from a locked car. As Cottonwood PD Sgt. Monica Kuhlt explained last week, “We have to be able to articulate the condition of the animal was such that it was in imminent danger of death or physical injury. If we can’t do that, then we do not meet the elements of the law.”

In other words, there is a level of legal protection for fools who leave pets or children in locked cars in Arizona in 100-degree heat. If you decide to take matters into your own hands to rescue an animal from a locked car, don’t be surprised if you are the one who ends up facing criminal charges.

Likewise, a police officer who does the same thing very well could find himself on the receiving end of a lawsuit with the burden of proving the animal was in clear danger of dying. All of which can be difficult to prove if the animal didn’t die.

Even in the case of an animal’s death from being left unattended in a vehicle provides no guarantee that there will be legal consequences for the person who put the animal’s life at risk.

A classic case in point can be found right at the doorsteps of the Cottonwood Police Department.

In 2010, a former Cottonwood PD officer left his K-9 partner in his police vehicle while he went into the office to do some paperwork. When the officer returned to his car, the police dog was in distress and had to be put down by a veterinarian.

This was an instance where a dog actually died from being left in a locked car. The legal repercussions? There were none. Following an investigation by the Yavapai County Sheriff’s Office, the county attorney’s office determined the officer did not demonstrate a “culpable mental state” and no charges were filed against him.

Obviously, the laws we have on the books to protect animals subjected to such cruelty are weighed move heavily toward protecting the pet owner than the pet.

The law is as lacking in common sense as are the people who would leave a dog in a locked car in 100-degree heat.