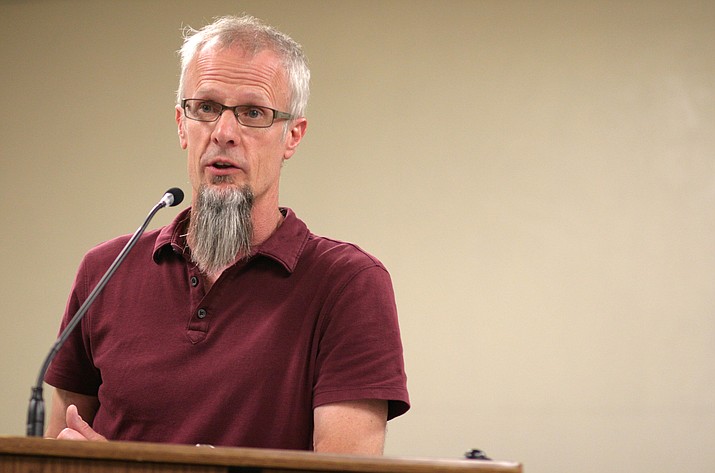 Before council’s 5-to-1 vote, the tentative budget claimed $9 million in debt based on a $7 million loan for Phase I of the Camp Verde Sports Complex and $3.5 million for upgrades on the wastewater facility.

But council added an additional $1.5 million of debt, just in case the Town purchases the Camp Verde Water Company sometime between July 1 and June 30, 2019.

Though nothing is final until its final, Camp Verde Finance Director Mike Showers recommended that council expand its budget because the “concept of purchasing a water company has come up quickly.”

“My thoughts are that you really need to add that to the budget,” Showers told council before its 5-to-1 vote to approve the proposed budget.

Adding the $1.5 million to the budget only means that should the town purchase the Camp Verde Water Company in the next year, that the town has budgeted for the expenditure, Showers also said.

“If we don’t add a water company, then we don’t have to worry about it,” Showers said.

Purchasing the water company, Showers told council, would allow the Town “to charge wastewater rates based on usage, not units,” Showers said.

Former Camp Verde council member Carol German was one of several who spoke about the Town’s 52-percent debt ratio to assets, as stated on page 131 of the Town’s tentative budget.

German told council that the Town “needs to look very carefully before we raise the debt service anymore.”

Another community member told council that “things need to come to a stop.”

“You’re going over the amount we think you should,” Jim Meredith told council before its vote. “Don’t be the liberal people I don’t like.”

Revenues, said council member Jackie Baker as she explained her vote against the tentative budget, “are always an estimate.”

“There’s always a number of issues,” she said.

Also Wednesday, council approved the $200,000 purchase of the land that used to house the old Circle K at the downtown Y-intersection.

At an appraised value of $240,000, the Town will purchase the land for $200,000 not for retail, according to Town Manager Russ Martin, but an opportunity to rework the Y intersection “for better traffic flow.”

This would mean the demolition of the old Circle K, Martin also said.

Martin also said that the Town would not build a roundabout at the intersection.

At this time, the Town is looking at options at the Y intersection including a “teed-up intersection.”